Colm Cooper reckons this year's All-Ireland championship is still wide open and will only truly get going when the quarter-finals are played on the first two weekends in August.

The eight-time All Star came on as a sub for Kerry in their victory over Cork in the Munster final replay on Saturday and played a crucial role by setting up a goal chance that eventually resulted in Paul Geaney hitting the net.

Kerry pulled clear from then on, eventually running out 1-11 to 1-06 winners.

Speaking to RTÉ Sport after the match, Cooper said: "It was a tough, tough encounter with Cork and we expected that. They were unfortunate not to win the first day, so we knew it was going to be a big battle again today. Thankfully we just pulled through in the end.”

Cork scored a goal of their own before half-time but Kerry manager Eamonn Fitzmaurice made a key decision to withdraw Kieran Donaghy and replace him with Cooper. That call paid off in spades when Cooper's quick thinking saw him pass swiftly to Donnchadh Walsh in the lead-up to that decisive score.

"It was just one of those things," said Cooper. "We got a free for a late tackle out the field and things stopped for a few seconds. I just saw Donnchadh coming through and it was just ‘do I or don’t I’ but I took a chance and thankfully it hit the net. You live or die by good decisions or bad decisions and that fortunately was a good one."

Cooper is playing a substitute role at the moment and that proved key in the second half. "The momentum swung a little bit when they scored the goal, but our guys hung in there. We’ve a very strong squad and we knew that would help later on in the match and that’s how it turned out."

Dublin were strong favourites before the championship but Cooper believes the battle for Sam Maguire is wide open, with a host of counties in with a chance.

The championship will only truly kick into gear with the All-Ireland quarter-finals - which are due to be played on the first two weekends in August.

Cooper, speaking before Donegal's surprise defeat to Monaghan in the Ulster final, said: "We’ve said all year long that our squad is going to be very, very strong. But that’s the same as Dublin, Tyrone, Mayo.

"Look at Cork, no-one gave them a chance against Kerry a few weeks ago but we always knew they would bring a big challenge. I think it’s very open, the Dubs and Donegal look really, really good.

"People will say Kerry are in the mix but I think it’s still very open, by quarter-final stage is when it really heats up." 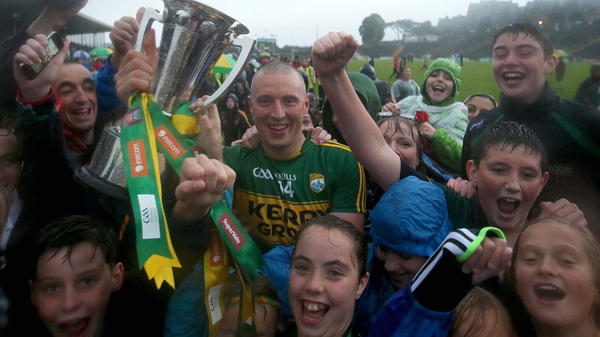