By Declan Rooney at Brewster Park

Sean Quigley was the hero for Fermanagh as they dumped Roscommon out of the championship with six points on the bounce at the end to win 1-14 to 0-16 at Brewster Park.

Roscommon had eased past Cavan last weekend and came into this game as favourites but couldn’t withstand the late pressure.

Pete McGrath’s men trailed 0-09 to 0-04 at half-time and Quigley had six wides in the first half but helped by Tomas Corrigan in the second half, he made amends and they couldn’t be stopped in the final five minutes.

Ultan Harney kicked the visitors into the lead early on and inside two minutes they were 0-02 to 0-00 up when Cathal Cregg sent one over with his right.

Niall Cassidy hit back for Fermanagh but the Rossies were on top and with Quigley off target from the placed ball they regained the initiative.

They hit six of the next seven scores – it was Quigley who got Fermanagh’s score, a free in the 19th minute. 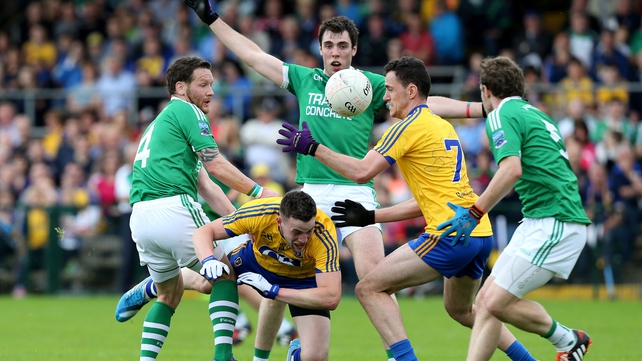 But Roscommon led 0-08 to 0-02 ten minutes later; Donie Shine bagged four points and Cregg slotted twice as the men from the west took control of proceedings.

Cassidy again stopped the rot and Tomas Corrigan also got his name on the scoresheet for Fermanagh before the break.

Kevin Higgins gave Roscommon a 0-09 to 0-04 half-time advantage but the hosts began the second-half better.

Fermanagh took the game to Roscommon after the break and Tomas Corrigan became more involved however the Rossies always kept themselves clear.

Barry Mulrone opened Fermanagh’s second-half account in just two minutes in but Ciaran Murtagh got his first of the day from the placed ball. 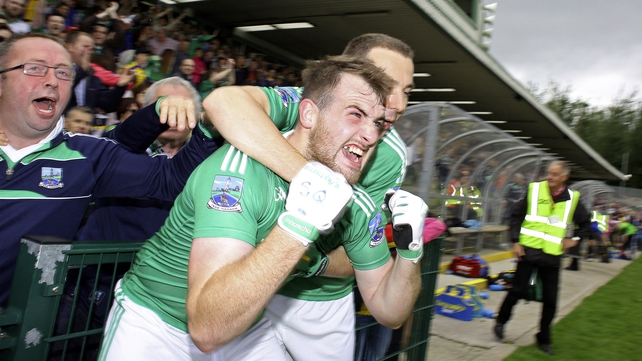 Murtagh had started all three games in the championship this year and kicked two more frees before he was substituted.

Corrigan made it four for the day to keep Fermanagh competitive but when Harney slotted his second it was 0-14 to 0-8 in favour of the Rossies.

Then in the 56th minute Fermanagh were awarded a controversial penalty and Quigley stepped up and found the net.

Shine and Harney added to their tallies as Roscommon looked to have the game won but Corrigan and Quigley combined to save the day.