By Eoin Brennan at Semple Stadium

Tipperary advanced to Round 3B of the All-Ireland football qualifiers following a facile 3-21 to 0-07 victory over Louth in Semple Stadium.

Twelve different scorers highlighted a commanding team display for Peter Creedon’s young side who got back to winning ways in the opening part of a Thurles treble header with little resistance from their fellow Division 3 League rivals.

Two first-half goals handed Tipperary a match-winning ten-point half-time cushion, despite playing into the conditions for the opening half.

And they would prove timely strikes as Tipperary capitalised on a poor kick-out in only the second minute with Ger Mulhair punishing Louth to effectively upset their defensive plan.

And while the Leinster side finally settled with four unanswered points, including an inspirational long-range effort from wing-back Declan Byrne to gain parity by by the ninth minute, it only seemed to anger the home side who upped the ante considerably for the remainder of the half.

With Kevin O’Halloran unerring from frees and midfielder Peter Acheson arrowing over a brace of impressive points, the hosts pulled away all too easily once more, with five points without reply in an eight-minute spell gathering real momentum before a second goal ensured a comfortable interval cushion. 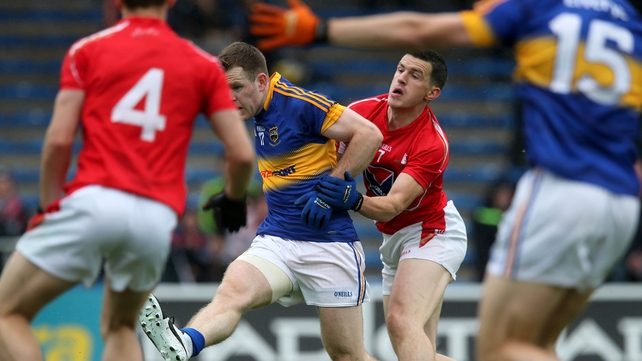 It stemmed from a Michael Quinlivan incisive pass to Conor Sweeney, whose initial shot on goal was deemed a footblock, with Sweeney doing the rest to cooly slot the resulting penalty to the left corner of the net in the 25th minute.

In all, Tipperary outscored their opponents by 1-09 to 0-02 in the last 25 minutes of the opening half, with Louth’s frustration compounded by four late wides that left them trailing by 2-10 to 0-06 by the break.

Louth rang the changes in a desperate effort to ignite their challenge but it made little difference to the pattern of the game as Tipperary put the result beyond any doubt within five minutes of the restart.

Two opening Louth wides were magnified as Tipperary fired three in a row through Michael Quinlivan, Liam Casey and wing-back Seamus Kennedy before the final nail was hammered home with a speculative Colin O’Riordan effort from 45 metres that was spilled to the net.

Despite emptying the bench with Conor Grimes leading the charge, Louth simply couldn’t buy a score, emphasised by the fact that they would kick ten wides before eventually opening their second-half account in the 67th minute through Ryan Burns.

By then however, the game was long past them as Tipperary consistently kept the scoreboard ticking over throughout, mainly through O'Halloran to run out comprehensive victors. 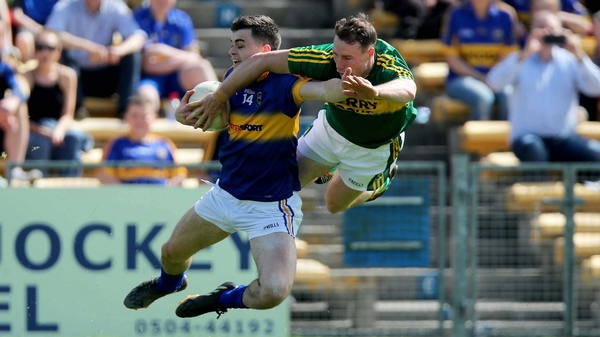