A goal from Eoghan O’Flaherty nine minutes from time was the crucial score in Tullamore as Kildare bounced back from their 19-point drubbing by Dublin to send Offaly crashing out of the All-Ireland Football Championship.

But Jason Ryan’s men were made battle all the way by a spirited Offaly side, with Kildare’s wastefulness in front of goal looking like it might cost them dearly.

They shot nine wides to Offaly’s three but came good at crucial stages to secure the win.

Kildare, hoping for a good start after the heavy loss to Dublin, must have feared the worst when they slipped two points behind despite playing with a strong breeze at O’Connor Park.

Willie Mulhall gave Offaly a solid start with an early free and then the Walsh Island man landed a good effort from play.

O’Flaherty finally got Kildare off the mark after seven minutes with a good effort from the left wing but Conor McNamee responded for the home side. 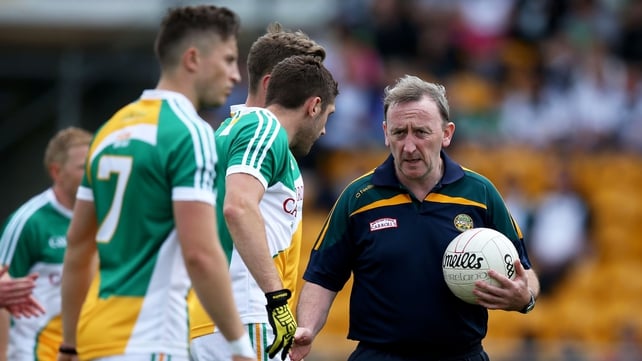 Alan Smith and Niall McNamee traded points before a quick free from McNamee put Anton Sullivan into space and he blasted over from a good goal chance.

That left Offaly leading by 0-05 to 0-02 and the home supporters in the crowd of 5,202 were gaining in confidence.

But Kildare finally got moving and O’Flaherty pointed a free before working a quick one-two with Smith to cut the margin to a point after  20 minutes.

Kildare lost Gary White to a black card and Mulhall pointed the resultant free after Peter Cunningham was fouled but Tommy Moolick impressed on his introduction.

Niall Kelly reduced the margin to a point before Emmet Bolton levelled on the half hour with a point from long range.

It took a goal-line clearance from Niall Darby to keep out an effort from Smith, after goalkeeper Alan Mulhall got a touch, as Kildare finished the opening half strongly. 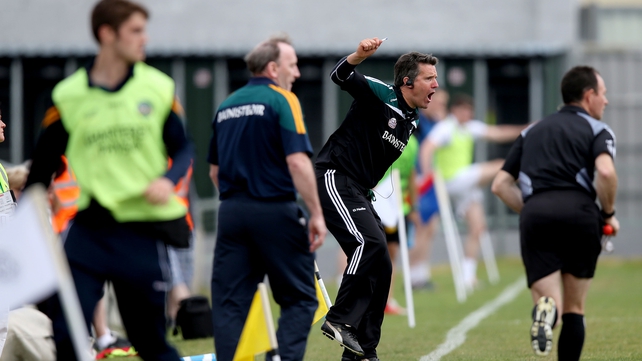 Cathal McNally put the Lilywhites ahead for the first time in the game three minutes from the break and they used the wind well to lead by 0-10 to 0-06 at the interval as Smith pointed and O’Flaherty tacked another couple of scores.

Smith extended Kildare’s lead within a minute after the restart but Offaly hit back and Anton Sullivan got their first score in 13 minutes.

Another O’Flaherty free put five between them but Offaly were up for the battle and they set about cutting the deficit.

Peter Cunningham pointed and then Mulhall hit another free before Nigel Dunne pointed superbly from the right wing. Then wing-back Niall Darby went forward and pointed a free to reduce the gap to 0-12 to 0-11 after 50 minutes.

Eamonn Callaghan held off a couple of heavy challenges to ease the pressure on Kildare with their first score in 16 minutes to lead by two. 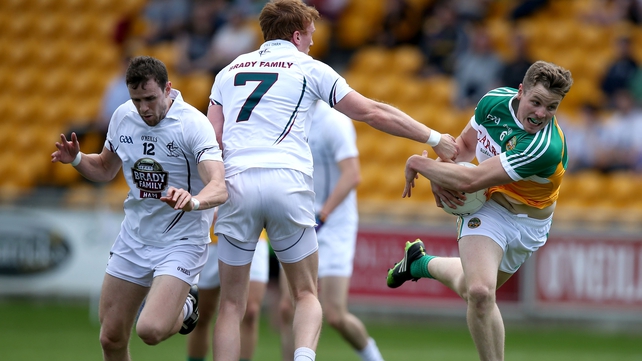 Sub Bernard Allen pointed after coming on to leave a point between them but Bolton then doubled Kildare’s lead from a tight angle on the right.

But the key score came nine minutes from time when sub Mikey Conway won possession for Kildare and when Callaghan’s effort came back off the left post, O’Flaherty pounced to send the rebound to the net.

Offaly, in fairness, never gave up and a late goal from Cunningham gave them hope but Kildare held on for a deserved victory. 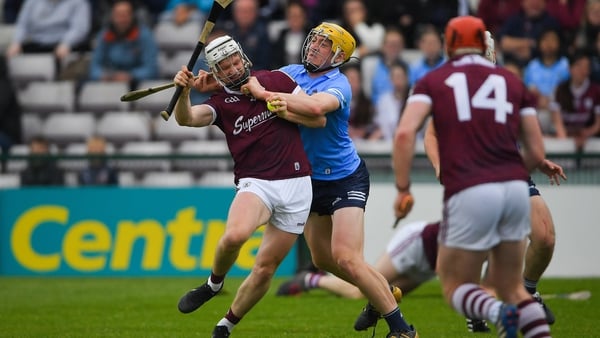