Kildare manager Jason Ryan bemoaned his side's inability to take their first-half chances after a devastating 19-point defeat to Dublin in the Leinster SFC semi-final at Croke Park.

The Lilywhites hit eight wides to Dublin's five as they were outscored 3-10 to 0-06 in the opening period.

"We were very aware, with the history there has been between Dublin and Kildare over the last number of years, that we needed a good first half," he told RTÉ Sport.

"We needed a solid foundation, we needed to really execute the basics of the game to the best of our ability, and at stages in the second Laois match we felt it happened.

"In the first half we had more attacks inside the Dublin 45 than they had in ours but they made their scoring chances count. We unfortunately didn’t execute the way we needed to, to give us the real belief to drive on.

"That was something that was probably consistent all the way through the first half and certainly for the last 15 minutes of the second half."

Asked whether he had considered 'parking the bus' in a bid to frustrate Dublin's potent attack, Ryan said that they tried to adopt a defensive pattern but the Leinster champions were able to score regardless.

"At certain stages during the game we thought we had the bus parked," he said. "I’d say if we had snapshots of the first and second halves there were quite a few Kildare players inside the 45-metre line.

"We would have aimed to have two, maybe three forwards inside in the Dublin half for as much of the game as we possibly could so that still gives us 11 players in a defensive position, 12 including the goalkeeper.

"There was a lot of that game when Dublin scored and we had those players inside our 45. In the first half our inability to deal with the runs of Ciarán Kilkenny, who kicked a few great scores coming off different angles and different positions, we weren’t as tight on him as we needed to be."

Kildare must now regroup to face Offaly in round two of the qualifiers at O'Connor Park on Saturday.

The Lilywhites are the only team who have been forced to deal with a six-day turnaround but Ryan insists they won't dwell on that fact.

"That's something that we can't do anything about and the more time that we reflect on that is time that we have wasted in our preparation," he said.

"All that we can do now is recover physically and mentally and really embrace the challenge that we're going to have on Saturday.

"We’re playing against our neighbours Offaly in the next game and they had a fantastic Division 4 season.

"They had a tough game against Longford but they re-grouped well. Getting over Waterford will have them in a positive frame of mind and they’ll be very motivated for this one.

"Quite a few of our players would have gone to school in Edenderry with the Offaly guys. There will be an awful lot of neighbouring rivalry in that game.

"This is a game that I imagine Pat Flanagan and a lot of the Offaly guys will imagine we are wounded, and that instead of being wounded and looking for a fight, they’ll be hoping we’re wounded and that we’ll be limping and won’t perform." 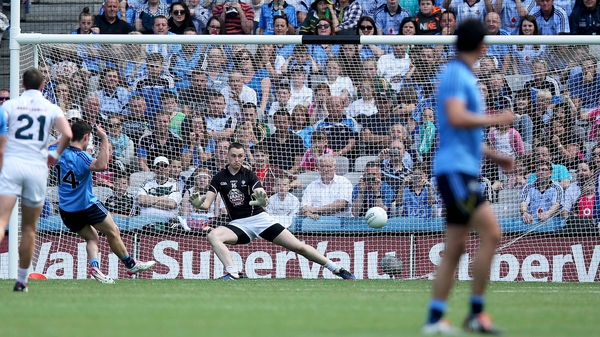