And so the journey begins again for Kilkenny. Wexford are the opposition on Sunday in the Leinster hurling semi-final. The Black and Amber are on a quest to win a 13th provincial title and an 11th All-Ireland crown in the Brian Cody era.

Household names, including Henry Shefflin, Tommy Walsh and JJ Delaney no longer grace the inter-county scene, but time moves on and others will now have the chance to make their mark in a set-up where a winning mentality remains as strong as ever.

"The expectation is to win every game." Such are the views of Cats defender and captain Joey Holden ahead of their championship opener.

Speaking to RTÉ Sport, he said: "It will be a change not to see certain players in the dressing room this summer - all of whom were great servants to Kilkenny - but you can't dwell on it though.

"It's now time for new leaders to stand up and you can see that in the competitive nature of the training sessions.

"The expectation is to win every game, whether it be a league match, a Leinster semi-final or an All-Ireland final. That has always been the ambition in Kilkenny and long may it continue. Winning is the main thing."

Looking ahead to the clash with Wexford at Nowlan Park, Holden added: "Wexford were nearly the team of the championship last year. They had some massive games and everybody was enthralled by the wins they had.

"Liam Dunne has done a great job and it will be a competitive game."

The Ballyhale player, like most observers, expects this year's championship to be wide open.

"It's going to be nip and tuck. There are so many contenders. Waterford have re-emerged this year and impressed the last day against Cork. They've been team of the year so far and haven't lost a match." 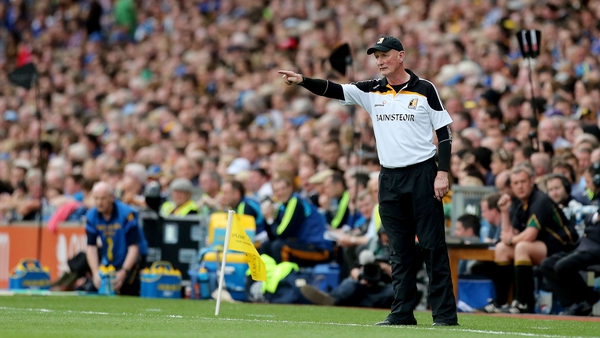