Ulster champions Donegal coasted into the semi-finals with a comfortable 2-11 to 0-08 win over Armagh at the Athletic Grounds.

Paddy McBrearty netted a goal after two minutes and Donegal dominated a first half that saw Michael Murphy convert a string of long-range frees for a 1-09 to 0-02 interval lead.

Marty O’Reilly grabbed a second Tír Chonaill goal, and while they only scored two second-half points, their opponents were unable to break down a packed defence.

This was a miserable afternoon for an Armagh side that failed to compete in front of their own fans.

A deathly silence fell over the city venue despite the presence of 18,186 spectators, as the game died an ignominious death during a sterile second half. The Orchard men had entered the contest full of hope, but the stark reality of the gulf between Division 3 and Division 1 was illustrated by the dominance of the Anglo-Celt Cup holders as they powered through to a last-four meeting with Derry on 27 June.

Skipper Michael Murphy was an inspirational figure throughout, and while he failed to score from play, the quality of his long-range place-kicking was quite extraordinary.

Donegal had the ball in the net after just two minutes. Neil Gallagher’s long punt was fetched by McBearty, whose initial shot was kept out by Matthew McNeice, but the Kilcar man finished at the second attempt from close range.

Donegal’s watertight defensive system stifled the Orchard men until they got their first score in the 14th minute, a fisted effort from Aaron Findon.

But by that time the home side had fallen six points behind, Neil Gallagher, Martin McElhinney and Murphy all on target.

Jamie Clarke was hounded by three defenders each time he got on the ball, and that was the case for an Armagh attack that couldn’t buy a yard of space from their tenacious and suffocating opponents. Murphy enjoyed an unexpected level of freedom as he drifted, untracked, out around midfield to prompt and probe, as well as converting a couple of monster frees.

Armagh did have their moments in the turnover, but failed to complete the counter, and lacked the power and intensity that their opponents maintained throughout.

Karl Lacey bombed forward to finish off a stunning breakaway, and Murphy hammered over a massive 60-metre free to send Donegal coasting to the break leading by 1-09 to 0-02.

An explosive burst from Clarke saw him race through a gap in the Donegal cover and rifle a shot against the butt of a post, with Stefan Campbell shooting wide from the rebound.

Moving the ball quickly through the hands, the home side found ways to break through the walls of golden shirts, with Ciaran McKeever pushing forward for a fine score.

But they suffered another major setback in the 45th minute when the ball broke kindly to Marty O’Reilly, who rounded goalkeeper McNeice to plant the ball in an empty net.

Armagh pulled back points through Caolan Rafferty, Ethan Rafferty and Tony Kernan, but they never got close, and became increasingly frustrated as Donegal worked the ball laterally and starved them of possession throughout the final quarter.

Armagh did manage to turn over possession for Andrew Murnin to send substitute Ciaron O’Hanlon in for a crack at goal, but Paul Durcan responded with a magnificent save.

The visitors displayed a lack of desire to push forward as the game wore on, the excellent MacNiallais scoring their only second-half point from play in stoppage time, but this was as comfortable as it’s likely to get in 2015 for Rory Gallagher’s side.

Subs: M Murray for McKenna, K Dyas for Moriarty, C O’Hanlon for Rafferty, B Donaghy for Forker, S Harold for Findon (BC) 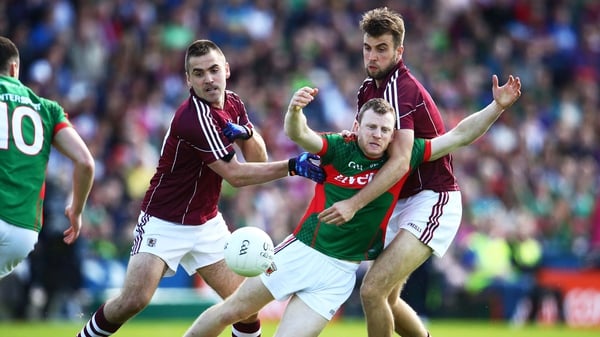