Kerry won their second Christy Ring Cup title with a 1-20 to 0-12 victory over Derry at Croke Park.

The Kingdom had lost the last two finals but made it third time lucky with a dominant second-half performance.

Michael O’Leary’s three points and a 30th-minute Shane Nolan goal had Kerry ahead by 1-10 to 0-8 at the break, Ruairi Convery converting five frees for Derry.

Nolan finished with a 1-8 tally and wing-back Keith Carmody struck three points as the Kingdom pulled away in the final quarter to win comfortably.

Derry, appearing in their first final, scored just four points in the second half as their challenge faded.

Michael O’Leary and Shane Nolan were on target early on as Kerry pushed ahead, but the Oak Leafers gradually settled, and Ruairi Convery and Alan Grant closed the gap, before Convery levelled with his second free in the 13th minute.

Mikey Boyle’s ball-winning qualities were an asset in Kerry’s inside line, and his lay-off sent Colum Harty in for a neat score.

Liam Hinphey and Conor McSorley defended with discipline, but the quick hands and superior wrist-work of the Kerrymen  helped them create the openings that gave them a 0-6 to 0-3 lead by the end of the opening quarter.

And when Convery converted his third free, there was another ready-made Kingdom response, with O’Leary landing a superb score from underneath the Cusack Stand, before finishing off Harty’s breakaway run following a midfield turnover.

Daniel Collins swept over a point, and the Munster men were in cruise control after Nolan spun away from his marker to flash a shot to the net on the 30th minute – 1-9 to 0-5.

Derry staged a minor revival with three converted frees, including Convery’s fifth, but they trailed by 1-10 to 0-8 at the break.

A sterile opening spell to the second half failed to produce a score for ten minutes, before Nolan set about adding to his tally from placed balls. 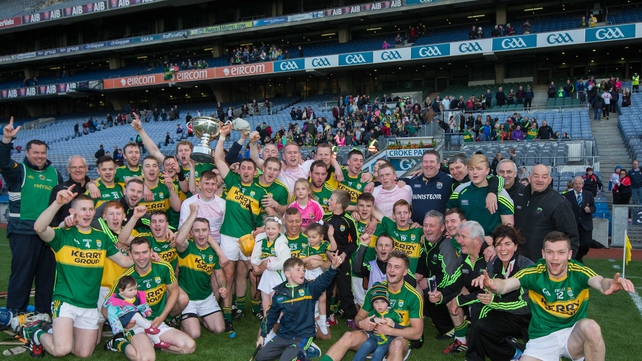 Kerry did have goal chances, but Mikey Boyle falashed a shot just wide at the far post, and Padraig Boyle had his effort blocked by Conor Quinn.

Henry smacked over a couple of long range efforts, but Derry’s only score from play in the second period came from substitute Jonathan O’Dwyer.

Derry were unable to break through a Kerry defence that continued to be strengthened by extra bodies, and their challenge had lost all its potency by the end of the third quarter.

Kerry had the finish line in sight, and they shot six of the game’s last seven points, with wing back Carmody hitting his third, and Nolan smacking over three more frees. 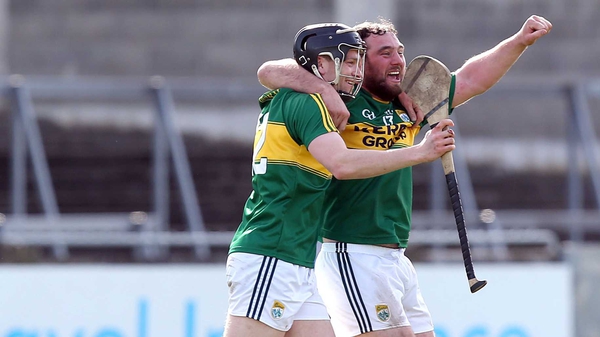