Tipperary demolished Waterford by 22 points in their Munster SFC quarter-final in Thurles.

The Premier County had ten different scorers on the day as they set up a semi-final clash with provincial and All-Ireland champions Kerry in a fortnight.

The only black spot on a bright afternoon for Tipperary was the sight of U21 star and 2014 All Star nominee Colin O’Riordan hobbling off with a hip injury in the second half.

O’Riordan was one of three U21s on senior duty, along with goalkeeper Evan Comerford and Steven O’Brien, who bagged six points from play.

Despite playing against the breeze in the first half, the hosts led by 1-13 to 0-03 at the break, with six different players contributing to the scoresheet.

O’Brien was immense at midfield, clipping over three points in each half, but he wasn’t alone as the hosts outclassed Waterford with hard running from all areas of the pitch. 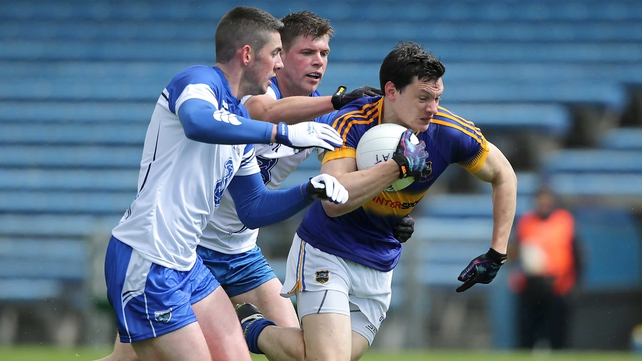 Tipp’s goal was scored by Michael Quinlivan in the 25th minute, as the Commercials forward fisted home from close range after Conor Sweeney’s attempted point from a free struck the upright.

As Tipp ran riot, Waterford managed just three points in the first half, two from Michael O’Halloran and a JJ Hutchinson free.

Tipp led by six points before Waterford managed their first score, popped over by O’Halloran in the 13th minute.

But Tipp’s goal increased the daylight between the teams and Creedon’s slick charges could have one or two more.

Brian Fox was narrowly wide with a 21st-minute effort and Robbie Kiely’s intelligent running from deep created other chances that could have led to more.

After Conor Sweeney opened the scoring for Tipp with a free in the very first minute, it was the proverbial turkey shoot from there.

O’Brien had his three first-half points scored by the 11th minute and Sweeney also finished the half with a trio of scores.

But Quinlivan was the star turn in an attacking sense, registering 1-03 in the opening half as Tipp made sure that this one was done and dusted from a long way out, 13 points clear at the midway point.

In front of 1,641 spectators, Tipp picked up where they had left off after half-time, registering the first five scores of the second half.

But Tom McGlinchey’s desperately poor Waterford managed just one more point for the remainder of the game, a Hutchinson free, as Tipp piled on the misery. 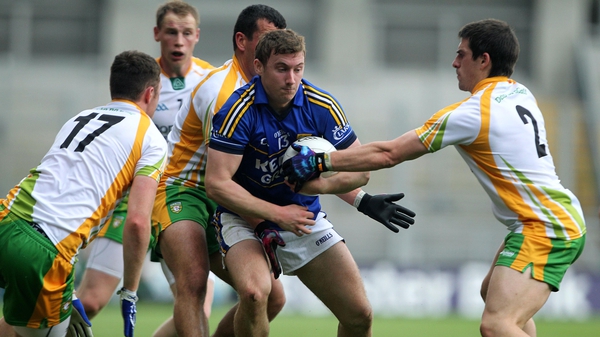