Jim Gavin has made four changes to the Dublin starting line-up which defeat Cork in the Allianz League final for Sunday’s Leinster Senior Football Championship clash against Longford on Sunday at Croke Park (live on on RTÉ2, throw-in 4pm).

David Byrne has been named in place of Rory O’Carroll at full-back, while Paul Flynn is in for Tom Brady in the forward ranks.

Meanwhile, Gavin has confirmed that he will stay in charge of the Sky Blues until the end of the 2017 season.

Gavin won the All-Ireland title in his first season in charge in 2013 and led Dublin to their third league title in a row in April.

He revealed this morning that an extended term had been agreed with the Dublin County Board last November.

Longford have made two changes to their team ahead of their arduous test against Dublin.

Shane Doyle and Francis McGee, who featured in the comeback win against Offaly, have been replaced by Peter Foy and Ross McNerney.

Very disappointing outcome last night, for the record; I did not strike the player with my hurl last Sunday nor did I attempt to strike him.

Limerick's Seanie Tobin has expressed his surprise after failing to have the red card he sustained against Clare last Sunday overturned by the Central Hearings Committee.

Tobin will now miss the Munster SHC semi-final against Tipperary on Sunday 21 June.

The Murroe-Boher man was sent off seconds after coming on as a sub for a clash with Clare defender Patrick O'Connor. 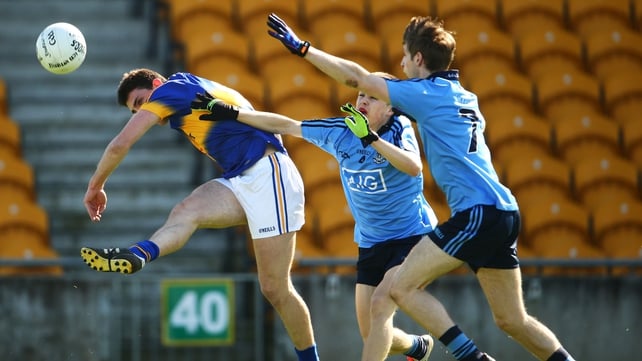 Under-21 stars Evan Comerford, Colin O’Riordan and Steven O’Brien have been named in Peter Creedon’s Tipperary team to face Waterford in the quarter-finals of the Munster Senior Football Championship at Semple Stadium on Sunday (throw-in 3.30pm).

Comerford, who lines up in goal for the Premier County, is one of two championship debutants in the side, with Seamus Kennedy also making his bow in the game’s most prestigious competition.

Ireland international rules player Ciarán McDonald makes his return from injury after missing the league campaign with a hip problem.

New to the bench for Sunday are the under-21 trio of Kevin O'Halloran, Liam Casey and Jason Lonergan.

Waterford will also give championship debuts to two players.

Ardmore's Sean Barron starts in goal in place of Stephen Enright, who left the panel to travel to the US, while Michael O'Halloran is named at midfield. 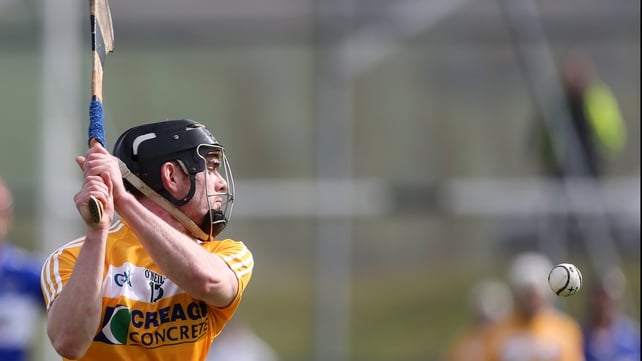 Antrim's CJ McGourty has been passed fit to feature for his side against Fermanagh in Sunday's Ulster SFC quarter-final.

McGourty has overcome a hip injury to be included in the starting team at corner-forward.

Defending Christy Ring champions Kildare have named their starting line-up for tomorrow's semi-final against Kerry. Throw in at Newbridge is 2pm.

Stephen Murphy is preferred in goal to James Logue for Kerry. Rory Horgan comes into the defence in place of Patrick Kelly who is club-tied. Michael O’Leary, who was absent through exams for the Meath game, comes into the half-forward line in place of Adrian Royle. Davy Butler replaces Philip Lucid at corner-forward.

Galway line up for Sunday. pic.twitter.com/qP12eZ09hM