It’s too late for Podge Collins to return to the Clare senior hurling panel, according to former county star Niall Gilligan.

The issue of the status of Collins, who along with his brother Sean chose to play football this season after being made to choose between the two codes by Clare hurling management, has come back to the fore following the Banner County’s one-point Munster Senior Hurling Championship loss to Limerick on Sunday.

On Monday, former Waterford great John Mullane said that Clare manager Davy Fitzgerald had “got to get Podge Collins back” given that “Clare are in a bad run of form and haven’t won a Munster championship game since 2013, and they’ve been relegated in the league”.

Fitzgerald has so far given no indication of a softening in his position, and, speaking to RTÉ Sport, Gilligan suggested this was unlikely to change.

Although he stressed that Collins was a big loss to the county’s hurlers, Gilligan said that things were too far gone for an emergency return this season.

“It’s gone too late now,” Gilligan said. “No doubt about it, Podge Collins is a huge, huge loss to Clare, as is Colm Galvin, gone to the States. No team, and we put even Kilkenny or that in this bracket – you need your best players on the field. But we are where we are now, from a Clare point of view, and they have to go on.”

Gilligan wondered “whether the issue is solely just football-concerned, or whether there’s another underlying, background issue between Podge and the management” but pointed out that Collins had been out of the county hurling set-up for several months.

“He hasn’t been hurling now since January, or [at least] he has very little hurling done. But definitely, a lot of Clare supporters and Clare fans would feel [that] they want their best players on the field.

“It showed on Sunday; there is a huge amount of talent in Clare. They’ve won four of the last six U-21 All-Irelands, which has been well documented. But a player of Podge Collins’ calibre, who would have been Hurler of the Year in 2013, remember, except for the replayed All-Ireland, where he didn’t have such a great game.

“A lot of Clare supporters are hoping that, whatever differences [there] are, they can sit down and put them to one side, and get Podge back on the field.”

However, asked if he would predict that this would happen, Gilligan’s response was  simple. 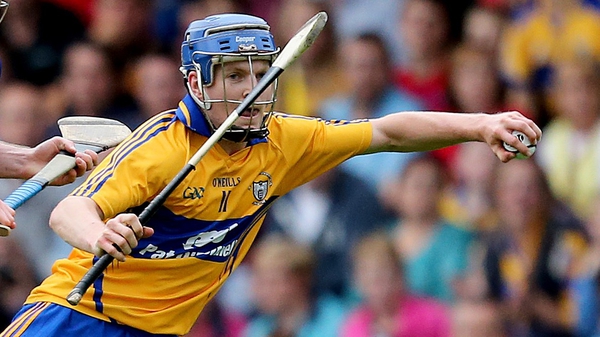 John Mullane: Davy's got to get Podge Collins back GAA