Young Limerick star Cian Lynch says playing alongside his heroes in the Munster Hurling Championship was a dream come true.

Lynch was named the RTÉ Sport / Etihad Man of the Match after the Treaty's County's win over Clare and while he was far from overwhelmed by the occasion, the 19-year-old’s passion for the game was obvious in his post-match interview.

He said: "Thurles, it’s the field of legends, where you dream of playing right from 14s, 15s. It’s your dream come true.

"Players that have come before you, the likes of Donal O’Grady....you can only dream about it. Going out there today and seeing what happened. It’s brilliant."

Lynch is a nephew of Limerick legend Ciarán Carey and took a few words of advice from his uncle before today’s match.

"He called down this morning as I was going to mass. He gave me a few quick words. Ciarán’s great, all the uncles are brilliant. Sure look, thank God, it paid off today."

Limerick progress to face Tipperary in the semi-final of the Munster championship.

Lynch, who scored 0-03 from play today and almost had a goal, expects another tough battle. “We knew today wasn’t going to be easy.

"Tipp is going to be another battle in the Gaelic Grounds. I know we have home advantage but it makes no difference. You have to go out and bring your ‘A’ game and we’ll expect the best from Tipperary." 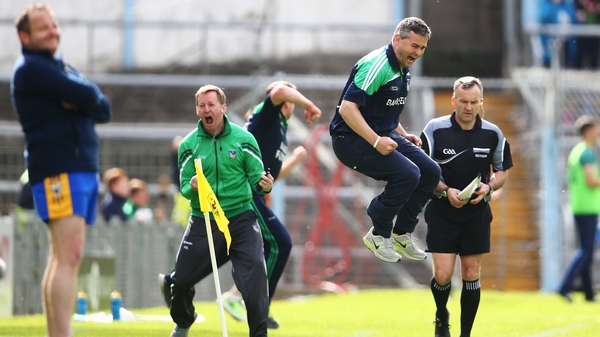 As it happened: Sunday's championship action