Seamus Plunkett expects a "rip-roaring" occasion when Laois meet Offaly in the quarter-final of the Leinster SHC in two weeks.

His side battled to victory over Westmeath in Sunday's preliminary round and had to fight back from a long way back late in the second half.

Work-rate and attitude were key  to the revival in Plunkett’s view.

Speaking to RTÉ Sport, he said: “There was a period around the middle of the second half when we went four or five points down.

"I have to give great credit to the Laois players, they dug deep at that stage all over the field. Coming down to the end of the game, we spoke about being relentless before we went out on the field, and we certainly got that out of the players."

And while Laois have been a leading light among the second tier counties in recent seasons, Plunkett knew the clash would be a tough one.

He added: “We’re delighted. We knew this was going to be a very difficult game. We just wanted to win this game.

"Before the match we didn’t really mind who we played. It’s going to be a huge challenge for us"

"Westmeath are a very good team, they have some players that would grace any team in Ireland. We are delighted to win it and get into the Leinster quarter-final. That was our goal before the game and we’re happy to achieve it.”

Offaly are next up and having run Galway close in last year’s championship, Laois supporters will hope their side can give the Faithful a run for their money.

Plunkett was not aware of the draw before today’s match, but he anticipates a "rip-roaring" clash.

“The lads tell me that we play Offaly here in a fortnight’s time.

"Before the match we didn’t really mind who we played. It’s going to be a huge challenge for us. They beat us in the league back in February.

"There has been a great history between Laois and Offaly over the years. I’m sure that is going to be a rip-roaring match here in a fortnight’s time.”

Meanwhile, Westmeath manager Michael Ryan is looking forward to the meeting with Wexford on 7 June despite the defeat.

He said: “I know we face a tough test against Wexford but we’ll recuperate and get going and get ready for two weeks’ time. Wexford are a very formidable side. I saw them playing a challenge [match] a couple of weeks ago against Limerick.

“They’ll be fancied to win that game but we’re not going down to make up the numbers. We’ll be there and we’ll be fighting for everything.” 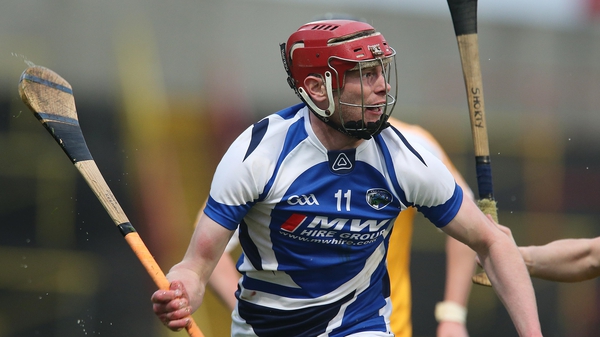