Monaghan shaded an Ulster SFC thriller by 0-16 to 0-15 at Kingspan Breffni Park to book a semi-final meeting with either Fermanagh or Antrim.

Conor McManus and Paul Finlay each converted three frees in the first half. But Cavan, with four Niall McDermott points, went in at the break with a 0-09 to 0-07 lead.

The Breffni men went four ahead through full-forward Michael Argue.

But an experienced Monaghan side stepped up the tempo, and scores from McManus, Darren Hughes, Dessie Mone and Kieran Hughes saw the Farney County squeeze home a semi-final meeting with either Fermanagh or Antrim.

Cavan, operating for much of the opening half with a three-man full-forward line, eased into a 0-04 to 0-01 lead after 13 minutes, with McDermott knocking over three frees and Argue punching over a point. 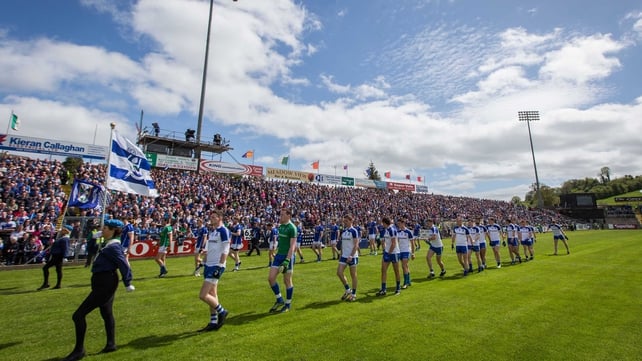 McManus, shadowed by Feargal Flanagan with willing assistance from Rory Dunne, endured a frustrating opening quarter, but delighted Farney fans with a superb point, cutting in from the right to split the posts from a tricky angle.

Cavan paid the price for clumsy tackling, with James McEnroe and Damien O’Reilly picking up bookings as they conceded a series of cheap frees which McManus and Finlay gratefully despatched as Monaghan pushed ahead by the 23rd minute.

Goalkeeper Raymond Galligan thumped over a 55-metre free to bring the Breffni men level in the 24th minute, and Cian Mackey raced through an unguarded tract of ground to push them in front.

But once again, Monaghan were handed the opportunity for Finlay to level for the fifth time from another placed ball.

However, it was wind-assisted Cavan, displaying the greater energy and pace, who went in at the break with a 0-09 to 0-07 lead, Ronan Flanagan with a point before Gearoid McKiernan intercepted to gallop through to score. 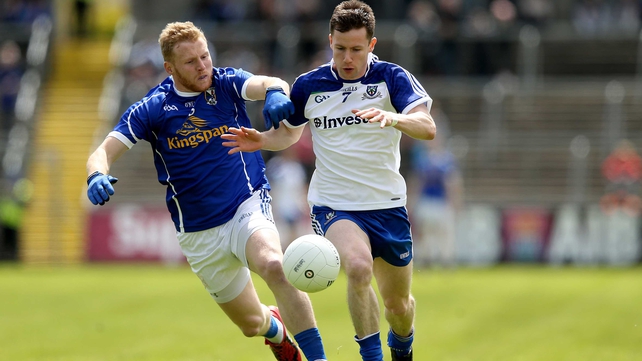 The home side went three ahead through McDermott early in the second half, and despite playing into the wind, they had their neighbours under sustained pressure.

And when Argue collected Niall Murray’s long delivery to turn and score in the 47th minute, it was 0-13 to 0-09 to Terry Hyland’s side, and the Breffni faithful dared to dream of a breakthrough triumph.

However, Monaghan boss Malachy O’Rourke altered his approach, bringing in Dick Clerkin to add steel to the midfield battle, where Kieran Hughes was also now deployed, his brother Darrren excelling in the role of raiding sweeper.

The energy and mobility of Stephen Gollogly, in for the black-carded Dermot Malone, was another key factor, while Monaghan’s disciplined and accurate execution of the art of the tackle frustrated their opponents time and again.

Cavan went 18 minutes without a score, and in the meantime, Monaghan, with the assistance of a strong bench and a decided edge in guile and craft, pushed on.

With Gollogly, Clerkin, Colin Walshe and Christopher McGuinness now in the game and making significant contributions, they reeled off five points to go in front on the hour mark, Kieran Hughes angling over a difficult free. 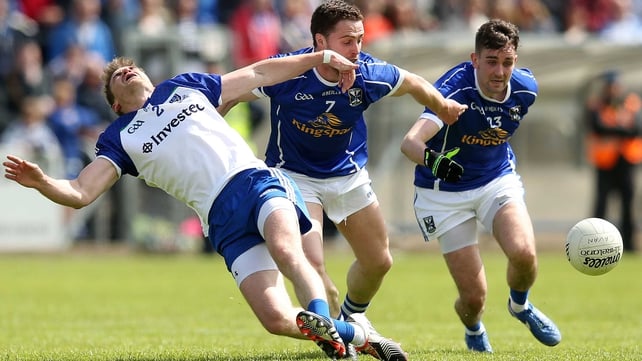 There were also scores from McManus, Clerkin, and Dessie Mone, who also had what looked like a legitimate penalty claim ignored by referee Padraig Hughes.

For all their dominance in the final quarter, the Farney men were by no means in the comfort zone, and Cavan substitute Martin Dunne levelled with four minutes to play.

However, a sublime McManus score, and a Walshe effort pushed them two clear, before a Dunne free kept Cavan in the game. And they had chances to force a replay, but goalkeeper Galligan sent two long-range frees wide. 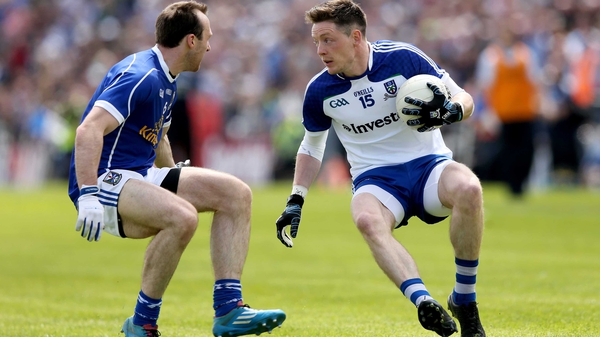