By Paul Keane at Drogheda

John Heslin led the line superbly with nine points for Westmeath as the Lake County stormed past Louth, 3-14 to 0-16, to secure their Leinster SFC quarter-final place.

Tom Cribbin's side led by just one at half-time in wet and windy Drogheda but sealed victory with a strong second-half performance.

Callum McCormack, Shane Dempsey and Ray Connellan all hit vital goals as Westmeath progressed to a June 14 showdown with Wexford.

But powerful full-forward Heslin was the key performer with a role in two of the three goals as well as his own huge haul, which included three points from open play.

Louth had held the upper hand in recent championship encounters between the sides with three wins from their four meetings since 2010.

The most recent was last summer's five-point win in Mullingar though that failed to spark the long summer Wee County fans had hoped for. 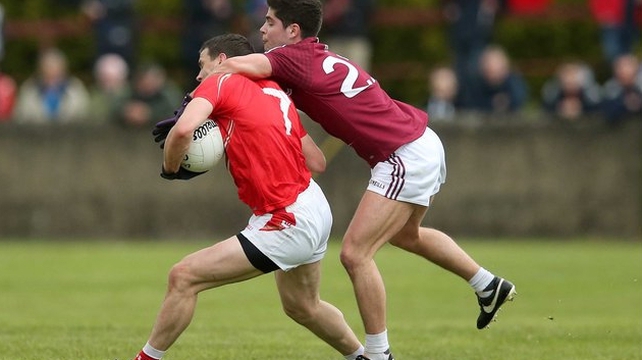 Like Westmeath, they would ultimately exit the Championship in the first-round of the qualifiers in late June.

Both teams' Allianz league form this year was eerily similar too, with relegation confirmed after five losses from seven, including four straight defeats to close out their campaigns.

Crucially, Westmeath operated in Division 2 compared to Division 3 for Louth and one presumed the more intense competition would stand to them.

In Cribbin's first championship game as Westmeath manager they held a 0-07 to 0-06 half-time lead.

They were good value for it as they braved the stiff wind and come from two points down early on.

Louth won the toss and elected to play with the breeze, initially moving 0-03 to 0-01 ahead thanks to points from Derek Maguire, Colm Judge and Ryan Burns.

But five Westmeath points in a row swung the game decisively as the visitors took a firm grip on proceedings.

Heslin was excellent at full-forward for Westmeath, contributing four first-half points. Three of those came from frees though he was highly effectively generally and engineered two of those frees. 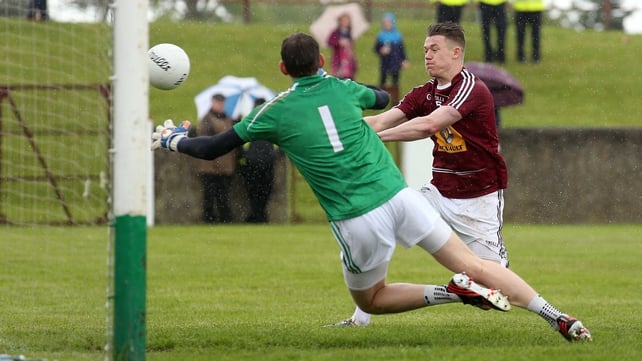 Dempsey, one of four Westmeath debutants, impressed at times too, scoring a fine first-half point and winning a free that Heslin converted before nailing his own goal early in the second-half.

McCormack sniped the first in the 37th minute after a fine counter-attacking move.

And Dempsey palmed home a second in the 41st minute to leave Westmeath seven points up, 2-08 to 0-07.

There was a brief rally from Louth who shot four points in a row but Westmeath's third goal from Connellan in the 58th minute was the killer blow.

There was still time for late Westmeath scores from Heslin, Dempsey and McCormack as Louth faced up to life in the qualifiers again. 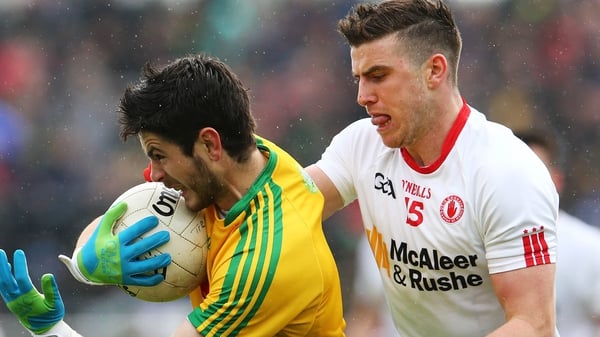