Donegal have had the upper hand over Tyrone in recent Ulster championship meetings and for Brendan Devenney, that trend looks set to continue when the sides renew their rivalry at Ballybofey (4pm).

It's a preliminary round clash in a province "that seems to be getting tougher", according to the former Donegal star.

Speaking to RTÉ Sport, Devenney said: "I fancy Donegal to come out on top again. In Ballybofey, Donegal have that ability to take Tyrone out, though I'm not expecting much in terms of entertainment."

The Letterkenny native feels that Mickey Harte's side will have to take the initiative right from the start if they are to progress to a quarter-final date with Armagh.

"Tyrone will need to get the scores on the board earlier and still be in front with about 20 minutes to go," he added.

"They'll have to decide where exactly they are going to deploy Seán Cavanagh. They could deploy him as an inside forward. Having their goalkeeper Niall Morgan fit will also be crucial, as converting long-range frees will be vital."

While Devenney expects Donegal to clear the first hurdle, he realises the route to an Ulster final appearance will be hard earned, with Armagh and either Derry or Down standing in the way. It's all part of the minefield he claims that is now the battle for Ulster supremacy.

"Ulster has always been a tough province and it seems to be getting tougher, while other provincials are getting easier for the big guns.

"Monaghan are favourites to win Ulster this year and they are away to Cavan in the first round. They have never beaten Cavan in Breffni. So straight away, here’s a team that could knock Monaghan out."

Devenney accepts that the quality in the northern province has slipped in recent years, though he adds that there is still much intrigue ahead of the upcoming battles.

“The province has gone back a bit in terms of All-Ireland contenders. What we have now are teams trying to grind down the opposition and it can become a bit of a war.

“However, it's still an intriguing championship and it may come down to one or two players showing that bit of brilliance to decide the expected close games.”

Follow all Sunday's GAA action, including Donegal v Tyrone, from 3.30pm on RTÉ2 television, via our live blog on on RTÉ.ie and the RTÉ News Now app, live radio commentary on RTÉ Radio 1 and streaming worldwide via GAAGO 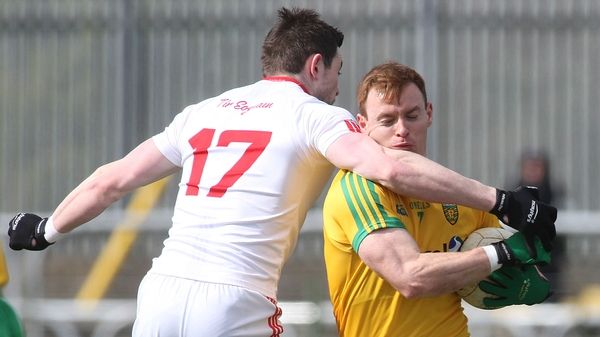