Henry Shefflin will be in the pundits chair for the first time when Clare take on Limerick in the Munster hurling quarter-final on 24 May.

It’s a clash the ten-time All-Ireland winner is looking forward to, while adding that picking a winner “will be difficult”.

Speaking at the launch of RTÉ's coverage of this year’s championship, Shefflin said: “Clare against Limerick is such an exciting start. It’s a match to savour, yet there are so many questions and whoever loses it will have a difficult road to go.

"What will Davy Fitzgerald and Clare bring to the table? They lit up the championship in 2013, but never caught fire last year. It’s a massive summer for them.

"I watched Clare against Kilkenny in the league and Davy had Shane O’Donnell standing inside on his own and Tony Kelly was flying off his shoulder. It worked and it was brilliant to watch. It will be interesting to see what way Davy is going to go about it and how Limerick will react."

So what of the Shannonsiders?

"The issue with Limerick, as is also the case with a team like Galway, is one of consistency,” added Shefflin.

"They were very close last year and were unlucky not to beat Kilkenny in the All-Ireland semi-final. They’re in the long grass as we speak and it will be interesting to see what they’ll be like when they emerge."

The winner of the Clare-Limerick encounter will face Tipperary in the semi-final and the Cats legend feels the pressure will be on Tipp to deliver silverware this summer. However, Eamon O’Shea’s side are his tip to reclaim the Munster spoils.

“Tipperary have a lot to prove in the months ahead and they will want to go the direct route.

"I’d say they were disappointed they didn’t win the league, considering the depth of their squad. However, I fancy them to go all the way in Munster. At full tilt, they have a bit more than their rivals.

As for the league champions, Waterford, Shefflin feels that they can respond positively to the loss of Pauric Mahony and in Derek McGrath, they have a manager “who is focused and will have his homework done on the opposition.”

Much has been said about Waterford’s defensive approach during the spring, yet the Ballyhale clubman feels that "other teams will not adopt a similar tactic" during the championship.

As for Cork, Shefflin commented that in the last two big games of note that they have performed in, they have fallen flat.

"It’s a question of just waiting and seeing what exactly Cork will bring to the table against Waterford (Munster semi-final). It’s a massive game for Cork after the disappointment of the league final." 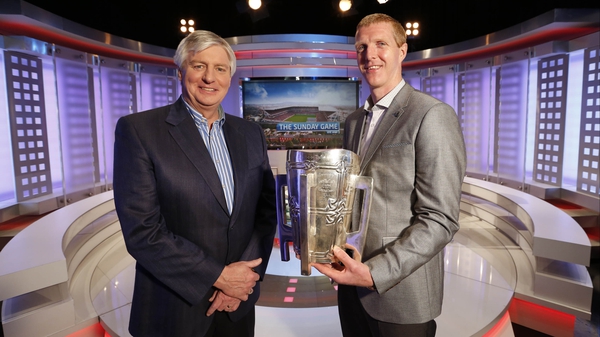