Cork manager Brian Cuthbert has insisted that “there’s nobody getting carried away” following his side’s impressive 3-17 to 2-09 win over Kerry on Sunday.

The Rebels got off to a fine start in the Allianz Football League Division One clash at Páirc Uí Rinn, and took a lead they never really looked like giving up.

Speaking to RTÉ Sport after the game, Cuthbert hailed his players' performance, but made clear that this was still early in the season, and that he was not reading too much into the result.

"I’m very happy with the level of performance, the endeavour and I suppose the level of scoring was quite impressive,” Cuthbert said.

"I thought we played good football in the first half; certainly, we moved the ball quite well, we caused Kerry a few problems, but there’s nobody getting carried away."

Cuthbert will have been well aware that Cork won comfortably in the corresponding match last year, but lost heavily in the Munster Football Championship final, and alluded to this when he said: “You can perform well in the league but you need to back it up with a championship performance."

In a high-paced game that featured five goals and a high degree of tension, culminating in a melee, a number of yellow cards, and a black card for Kerry’s Peter Murphy, Cork ultimately came out on top.

Cuthbert said that the game had not been a dirty one, and was happy to get the opportunity to try out new ideas.

"That’s the beauty of the league," he said.

"The league allow you to face different opposition in different venues with different conditions and different strategies.

"There was a small bit of jostling around but there was nothing malicious really. It’s a manly game and I thought the discipline of both teams was quite good and I thought the referee did a very, very good job."

Cuthbert’s Kerry counterpart, Éamonn Fitzmaurice, said that his side had put in a poor performance and that the better team had won.

"They performed way better and they put up a big score," Fitzmaurice said. "We can’t complain, we were way off it today. We weren’t at the standard required and we suffered a big defeat.

"Was it something we did in training this week or was it a bit of fatigue from the games coming thick and fast? It was a performance that came out of nowhere really because we were happy the way the week’s work went after a good win last weekend.

"Fellas seemed very focused and tuned in this morning but that wasn’t evident from our display."

Fitzmaurice said the Kingdom’s defence had conceded "a couple of goals maybe of the soft variety" but said they had regained their composure thereafter.

But he said: "Any day you concede three goals you’re going to struggle to win the game."

He said Paul Galvin, who last week came out of retirement to return to the Kerry squad, was "a bit off it in terms of going into that kind of intensity.

"He's part of the squad, he’s training away and hopefully he’ll get there sooner rather than later." 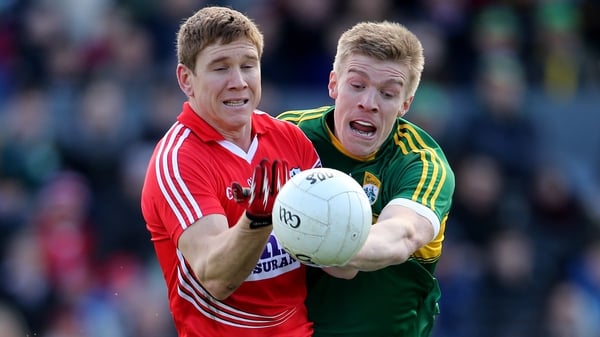