GAA President Liam O'Neill believes the association's recently introduced punishment for racist or sectarian abuse is "not adequate" and says a motion to strengthen it will be sent to Congress.

Cavan player Gearoid McKiernan was banned for two games after being shown a red card for making comments of a sectarian nature to Monaghan's Drew Wylie in a McKenna Cup clash between the counties.

McKiernan later made an apology to Wylie, which was accepted.

"We abhor any form of abuse of our players, whether it be racial, or sectarian, or anything that somebody can't change,” O'Neill said at the launch of the Allianz Leagues.

The rule providing for a red card and ban for "acts by deed, word or gesture of a racist, sectarian or anti-inclusion/diversity nature" was only introduced last year, but O'Neill admits it already needs to be reviewed.

McKiernan has already served his ban after missing Cavan's final McKenna Cup games and O'Neill suggests that limiting suspension to the relevant competition is not a severe enough punishment.

“The rule that was acted on that you get the red card for an incident of racist or sectarian abuse, and the referee correctly applied the rule in this case and I want to commend him for that," O'Neill said.

“The rule at the moment is competition-specific and it's time-specific and the rule as it is in the rule book was applied perfectly by Ulster Council. We now accept that it's not adequate.

“We had reached the stage where we thought it was adequate, it's not adequate, and what we're going to do is deal with it immediately.

“There will be a motion to Congress to strengthen that rule and increase the punishment. I don't know whether it's possible or not, but I feel that when a player says something of this nature he should have to go on some sort of a programme, human relations or racial relations or whatever sort of programme you'd call it, where he would learn how to behave towards other people.

“I don't think it's acceptable that anybody should be abused in this manner and I think there should be a re-education process and we will be looking at that. I'm not quite sure yet whether we can enshrine that in law.

“I've often said that the mark of an organisation is how you deal with it when it happens. We had the rule, it was sent off correctly. We find out the rule wasn't adequate. We're quite prepared to immediately address that and I think that's all we can do." 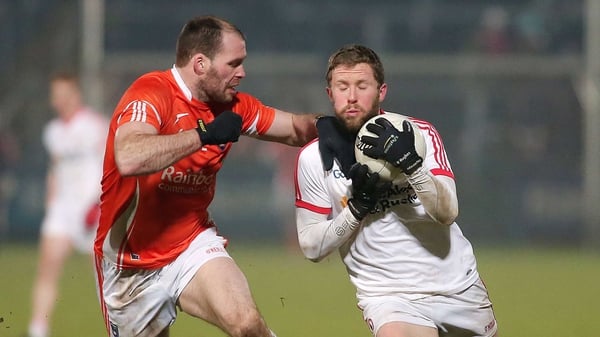