The Meath defender showed his finger to the referee after a scuffle on the ground with Dublin forward O'Gara in the 63rd minute, and Royals boss Mick O’Dowd claimed after the game that the Moynalty man had been bitten.

However, The Sunday Game panellist Ó Sé believes that the Dublin man had hands shoved into his face and that he could have been forgiven for not reacting more aggressively.

“I think Eoghan O’Gara did very well not to react,” said Ó Sé. “ He was down on the ground and got five or six bangs on the head that anybody would have reacted to.

“The Dubs have a great [disciplinary] record this year, they’ve no black cards. I know for a fact that I would have reacted if I was Eoghan O’Gara.

“There is an allegation that there were was a bite, but the way his head was down, there’s no way that O’Gara went to bite. I think it should just be forgotten about.

“If a guy is going to stick a finger towards your face or into your mouth, if there is a bite... the Meath lads should have a look at themselves. They should have started that fight in the first half."

Fellow panellist Dermot Earley added: “The pictures are inconclusive, but if there’s a hand around your mouth, what are you going to do?"

“If somebody puts their finger in your mouth, what are you going to do, blow it out?” responded fellow panellist Owen Mulligan.

"If somebody puts their finger in your mouth, what are you going to do, blow it out?" - Owen Mulligan

After the game, Meath boss Mick O’Dowd said: “I just went back to the dressing room after speaking to you and saw the doctor dealing with his (Burke’s) finger.

The GAA are expected to wait until they have received referee Padraig Hughes’ report before deciding on any further action.

Neither Meath nor Dublin have made any further comment, with Dubs manager Jim Gavin stating after the game that he had been unaware of the incident.

It is the third biting incident to involve Dublin inside two seasons.

A proposed three-game ban was dropped after McBrearty failed to give evidence against O’Brien to the Central Hearings Committee. 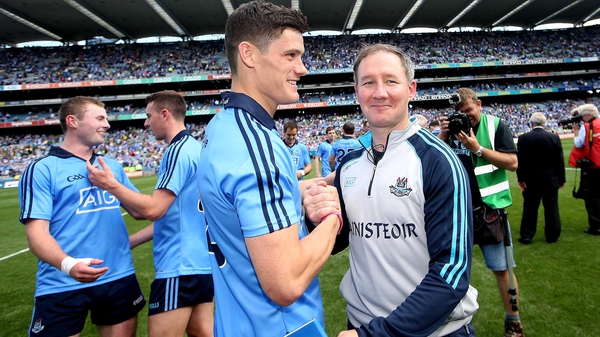 Jim Gavin insists Dubs have plenty to work on