Cork crowned their final game at Pairc Ui Chaoimh with a 2-24 to 0-24 victory over Limerick in a gripping Munster hurling final.

Goals from Seamus Harnedy and substitute Paudie O'Sullivan finally broke the deadlock as the teams vied for the lead after they were tied at 0-12 each at the interval.

Eight points from Patrick Horgan also helped Cork across the line as the defending champions fell away in the closing stages.

Shane Dowling hit Limerick’s first from a free in the sixth minute while dual star Aidan Walsh got Cork’s account up and running four minutes later.

The Limerick forwards were on top early on and they led 0-05 to 0-02 after Kevin Downes scored in the 13th minute.

But Cork gradually found their way into the game and a huge free from goalkeeper Anthony Nash was the beginning of their fight-back, with six further scores giving them a three point lead just before half-time.

However, Limerick scored four of the last five points of the first-half and the teams were level for the second occasion at 0-12 to 0-12 at the break.

Paudie O’Sullivan got his first score immediately after being introduced for Pa Cronin at half-time and the teams went point for point until the 54th minute when Cork goaled.

The Limerick defence were caught when Harnedy ran at them and rattled the net to give his side a 1-18 to 0-18 lead.

Wayne McNamara answered with a point for Limerick but O’Sullivan put the first bit of daylight between the sides when he latched on to a Daniel Kearney pass and showed his composure to finish past Nicky Quaid.

Limerick looked bereft after this and despite further scores from Dowling, it wasn’t enough and Cork recaptured the Munster Cup for the first time since 2006. 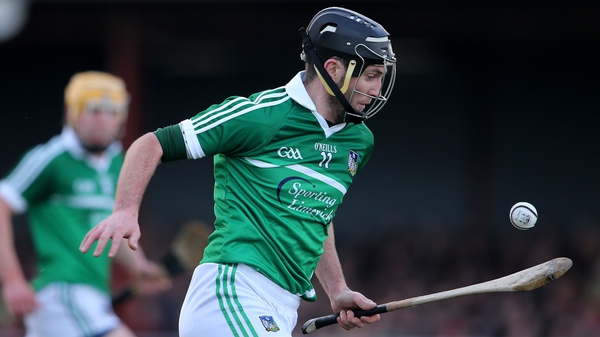