RTÉ has secured rights to broadcast 31 games of the All-Ireland Championships in a new three-year agreement, with 20 games to be shown on Sky.

In a separate development, RTÉ and the GAA are to launch an online paid-for service offering Gaelic Games to audiences worldwide. Games will be streamed in HD with studio programming exactly as broadcast to audiences in Ireland

The online service will enable users to watch the games on iPad or Android tablet, laptop, PC, Smart TV, or on mobile phone.

In Ireland, a total of 45 provincial and All-Ireland Championship matches will be broadcast live on television for the next three years.

Ulster Championship games covered by RTÉ, including the Provincial football final, will also be broadcast on BBC Northern Ireland.

Confirmed fixtures which will be broadcast on Sky include Kilkenny v Offaly and Dublin v Wexford in the Leinster SHC; Sligo v Galway/London in the Connacht SFC; and Armagh/Cavan v Down/Tyrone/Monaghan in the Ulster SFC.

Sky Sports will also broadcast the All-Ireland Hurling and Football semi-finals and finals, thus making 20 live games available to its subscribers throughout Britain and Ireland.

In addition the GAA revealed that fans in Australia will be able to watch all 45 games live on Channel 7.

Radio coverage of GAA games remains with RTÉ and Newstalk, while Raidió na Gaeltachta will continue to broadcast both league and Championship games.

It is anticipated that TG4 will again cover 62 live and 22 deferred games in each of the three years.

Managing Director of Sky Ireland JD Buckley said the broadcaster was honoured to secure rights for the first time: "It’s a privilege to be partnering with the GAA to bring our customers top quality content.

Sky confirmed that midweek highlights as well as news and interviews will be carried on 24-hour channel Sky Sports News.

The broadcaster also said that a discount subscription offer may be made available to GAA clubs.

"We are committed to providing the best programming, service and value to our customers and Sky Sports will offer world class production values and a great viewing experience to GAA fans across the country.

"This marks another milestone in our continued investment in Ireland to better satisfy our customers."

31 games free to air on RTÉ

RTÉ's Group Head of Sport Ryle Nugent said he was delighted with securing 31 matches, as well as the new online initiatives.

He said: “In an increasingly competitive market, we are delighted to retain these television and radio rights on behalf of the Irish public, ensuring that coverage of Gaelic games is delivered free-to-air to Irish audiences until 2017.

"We in RTÉ Sport are conscious of our long standing heritage with the GAA while also being passionate about constantly evolving our coverage.

"Year-on-year increases for RTÉ’s GAA Championship content across all platforms underlines the fact that the Irish public are fully engaged with our comprehensive coverage.

"Given the financial challenges that RTÉ faces, we have had to prioritise our investment in securing sports rights to deliver coverage of our national teams, national games and major events and we are delighted to retain these rights and to continue sharing this major Irish sporting and cultural experience with the Irish public.”

TV3 said it was disappointed at missing out on media rights for the sport.

Director of Broadcasting Niall Cogley said: “TV3 has been proud to broadcast the GAA Championship free to viewers throughout the country over the past six years.

"TV3 made a very commercial bid for the next three years but this appears to have been superseded by the GAA’s preference for a pay television strategy.

“While this was obviously not our choice, it leaves TV3 in a better position to secure other sports properties to sit alongside our prime-time Champions League coverage like tonight’s Manchester United v Bayern Munich fixture.

"We hope to be in a position to make announcements in this regard in the near future.” 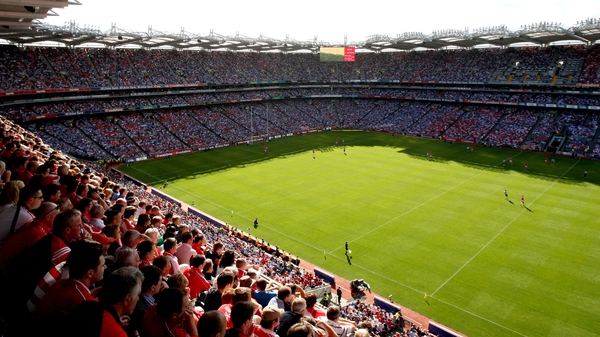