In managing to snatch defeat from the jaws of victory in their Allianz FL Division 1 League clash with Tyrone, the inability of Kildare to close out big games has once again come to the fore.

Jason Ryan’s side were in control for most of the 70 minutes in Newbridge on Sunday. However, the concession of two late goals left the door open for Mickey Harte’s outfit to plunder two valuable League points.

Afterwards RTÉ pundits Tom Carr and Seamus McEnaney were in unsympathetic mood as they assessed the Lilywhite capitulation.

Carr revealed: "Kildare will come away wondering what happened. I would say that for 55 to 60 minutes of the game they were totally on top, well in control.

"Tyrone played in three spots – for a period in the first half and twice in the second. Crucially they hit the front for the first time in the game on 72 minutes when they scored their third goal.

“Jason Ryan was taught a big lesson. He made a number of substitutions late on. He took off Tommy Moolick who was outstanding around the middle of the park and also Darroch Mulhall to give players a run and suddenly they were behind and lost the game. How? I still don’t know!"

‘Banty’ added that down the line that the loss would have huge ramifications for Kildare with regard to survival in the top flight.

“I felt that Kildare were making substitutions just for fun; high-fives when they come to the line. I can assure you I have managed against Tyrone many times and you would need to be at home and have the evening tea in you before you’d be giving high-fives.

"They are specialists in winning tight games, but this match wasn’t even a tight game.

“Kildare had it won three times and you would have to say there are now serious question marks surrounding the team and their ability to close out tight games. Against Tyrone they were five points up with a few minutes to go.

“It’s a huge loss for them in a game they should have comfortably won. They kicked six wides in the last 15 minutes when they really should have put Tyrone to the sword.

“I believe Kildare are now in trouble in Division 1. I don’t believe Kerry will go down as I think they’ll get four or five points and that should keep them up.”

Tom Carr concluded that being hard on Kildare is justified.

He said: "Kildare can beat most counties on a given day. But it’s beating the top three our four sides that seems a bridge too far for them

"We are being hard on them because they regularly put in so much time and intensity in being in a position to win crucial games, but they simply have failed to close out the deal to go on and win competitions." 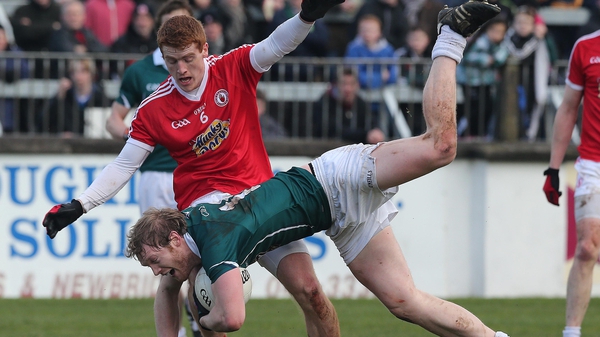