Former Meath All-Ireland winning captain Graham Geraghty will make his Sigerson Cup debut in the new year at the record age of 40.

The Royal County legend will line out for Blanchardstown IT, who he co-managed to a Trench Cup title earlier this year.

Geraghty, who made a shock comeback for Meath in 2011, three years after initially retiring, is eligble to play Sigerson after signing up for a social and community development course at the college.

"It came as bit of a surprise," he said, speaking to the Irish Independent. "I didn't think I'd ever play college football at any stage and it's definitely a surprise to be playing at this level.

"I was meant to do a sports and recreational course in Colaiste Ide but I never did and 23 years later here I am."

“I’ve been playing all summer and I’d be fit enough. I have been looking after those lads for the last three years so you have your eye on what is coming up.

"It’s just different that you’re playing with them this year."

His side have been handed a tough draw against NUI Maynooth and Geraghty is under no illusions as to scale of the task they face.

“We won the Trench last year but it’s a huge step up. Even in the league, Trinity beat us by a point and DCU beat us by two. We have lost eight of the team from last year and it’s massive blow for a small college like us.

“But it’s a challenge and we managed to stay up in the league.”

Geraghty, who was a selector with former Meath boss Seamus McEnaney, has been heartened by his county’s progress under Banty’s successor Mick O’Dowd.

"Mick is doing a good job," he said. "Last year was a progression from the year before and he is trying to build a team. You have to let go of some of the lads that had been there a while.

"I won't say they are getting on but maybe they are slowing down a wee bit and to play at that level you have to be at the top of your game the whole time. So I think he's going the right way about it, bringing on young players.

"I'm looking forward to seeing how Eamonn Wallace and Mickey Newman get on next year, they were good in the year gone by and it's up to them to step up next year and lead the team." 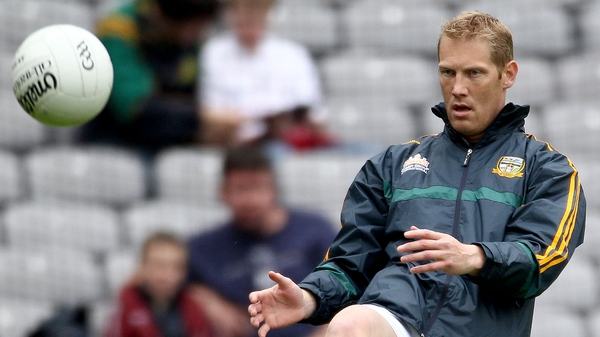 Geraghty to play and select for Meath Football