Ireland captain Michael Murphy says the job is only half done ahead of the second international rules Test against Australia.

Paul Earley’s men will take a 22-point lead into the Croke Park tie after a 57-35 win over the Aussies in Cavan on Saturday evening.

Murphy told RTÉ Sport: “We started off well but the Australians came back into it and we finished with a couple of good scores near the end.

“It’s only halfway now, [we go] on to Croke Park. We’ll look at the things we need to improve upon and keep her lit."

Ireland bossed the opening half (17-4, 11-5) as the visitors struggled to get to grips with the basic skills and adapt to the round ball.

However, a third-quarter surge and an early ‘over’ in the fourth quarter saw them get to within eight points before the Irish side extended their lead with a Kevin McLoughlin goal.

Murphy, who scored 1-05 for Glenswilly in their Donegal county final win, said that they knew the Aussies wouldn’t give up.

“The Australians are professionals. At the end of the day they’re always going to get their purple patch,” he said.

“The big quarter that they pride themselves on is the third quarter, their ‘championship’ quarter.

“I suppose they came into it a bit in the second and third and even there near the end they were always still coming.

“You’d expect that from them but thankfully we held our composure and got a couple of scores that brought us over the line.”

The second Test takes place in Croke Park next Saturday with a 7pm throw-in. 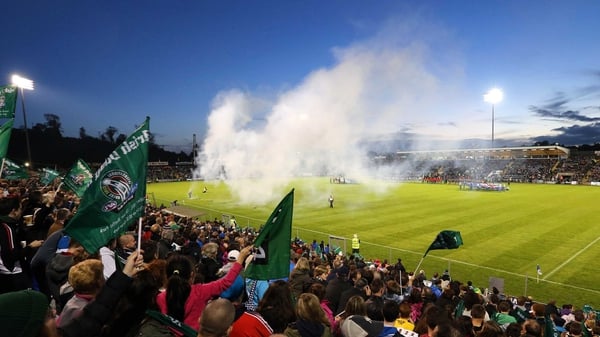