London manager Paul Goggins is expecting a difficult encounter when the Exiles entertain Antrim in the first round of the All-Ireland Senior Football Championship qualifiers on Saturday.

Speaking to Pauric Lodge on RTÉ's Drivetime, Goggins said: “It is going to be a very difficult game. They are one of the better teams in Division 3.

“They put in a big performance against Monaghan so we realise that.

"They would be favorites but at the end of the day we’ve got the game in Ruislip, we have the experience of playing there and we’re hoping to put in a very, very big performance.”

London suffered a one-point defeat to Leitrim in the Connacht Championship, but their boss is confident they can respond positively and build on some impressive displays last summer.

“Training has been going very well. The squad and management were very disappointed at not beating Leitrim but we feel that we have made good strides over the last couple of years,” Goggins said.

“With our results last year with the draw with Mayo and then beating Fermanagh, we have that to go back on and training has been doing very well since the Leitrim game.”

The advent of renewed emigration from Ireland has seen the ranks of London’s GAA clubs swell.

While a larger playing pool is obviously an advantage, Goggins insists that a high turnover of personnel on the county panel has proved disruptive to their progress.

“There has been an increase, no doubt about that. A lot of clubs are getting a lot of players.

“We’ve also had a decrease especially in the county squad. We’ve only had 10 players from last year’s squad.

“People sometimes think it is all coming to London. We have replaced them with some very good players but at the same time just having 10 of the squad from last year may surprise a few people.

“Slowly and gradually we have build it up again, and we’re very much looking forward to the game. There is lot of good quality lads coming to London all the time so it is great for the clubs over here. It is got a lot more interesting with the competitive Championship we have.

The Exiles have players hailing from a good spread of counties, and Saturday will be a special day for one of them in particular.

“There aren't too many counties we wouldn’t have players from. We’ve got an Antrim captain in Sean McVeigh. He played for Antrim a couple of years ago, so I’m sure he’s got an extra incentive himself for the game.

“We’ve got lads from north, southeast and west and we’re gelling well together. We’re like a club team and we’re looking at our performance all the time to make sure it is improving.”

London finished eighth in Allianz League Division 4, with Kilkenny the only team below them in the bottom tier. But Goggins is refusing to be downbeat, and insists that the only way to improve is by testing themselves against tougher opposition.

“You have to be positive. There is no point looking at it any other way.

“We’re looking forward to the game immensely. It’ll be tough, but that is what it is about. That is how you get better, by playing the better teams.” 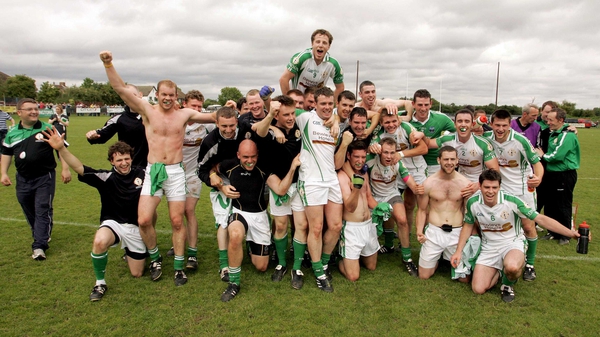