Adrian Marren was the star of the show as Sligo staged a second half recovery mission to stun Galway 2-14 to 0-15 at Pearse Stadium.

Man-of-the-match Marren scored 2-6 during a delightful display as
Sligo recovered from a shaky start to defeat the Tribesmen.

Sligo trailed by four points at the break, but there was a significant
turnaround as Marren inspired Kevin Walsh's team to an encouraging victory.

The opening period had provided glimpses of Galway's promise as Sligo initially struggled to deal with the Tribesmen's direct approach.

Sligo repeatedly fouled a threatening inside Galway line in which Sean Armstrong and Paul Conroy were causing the visitors plenty of problems.

Mark Hehir was punishing the Sligo defence and the crisp Milltown
attacker kicked five first-half frees and a point from play.

But Sligo were efficient on their trips into Galway territory with
Marren sharp on the edge of the square.

A couple of splendid Marren points kept Kevin Walsh's team competitive as they only trailed by 0-5 to 0-4 by the 23rd minute.

Then Galway reeled off four on the spin from Gary Sice and three in a row from Hehir, before Marren replied to narrow the half-time deficit down to 0-9 to 0-5.

It was a fair reflection, but Sligo still departed hopeful having played into the teeth of a typically strong Salthill breeze.

After the restart Sligo remained clinical converting chances as the
underdogs continued to feed the in-form Marren.

Scores from Marren either side of points from Shane McManus and David Kelly ensured the teams were deadlocked by the 47th minute.

Sligo were gaining in confidence and the excellent Marren drilled home a 54th-minute penalty following a foul by Finian Hanley on Paul McGovern.

Marren's goal edged Sligo 1-10 to 0-10 ahead and Galway were under severe pressure as Walsh's charges were now very much in the ascendancy.

By this stage Alan Mulholland had introduced Michael Meehan and Padraic Joyce in an attempt to inject urgency into the Galway attack.

But all the damage was happening at the opposite end of the field with Marren sealing the deal with a classy 69th minute goal. 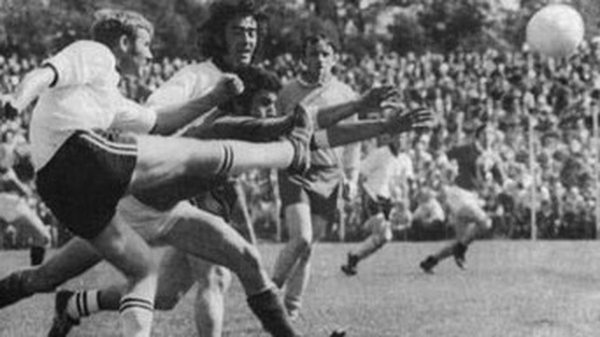