Liam O'Neill of Laois has been confirmed as president-elect of the GAA at Congress in Mullingar on Friday evening.

O'Neill was the only candidate left standing in a race which originally included four candidates.

But Sheamus Howlin, Con Hogan and Tom Daly withdrew from the contest at various stages over the last few months. Howlin, the last man to step out, exited in February making O'Neill's victory in the contest a formality.

O'Neill will now spend one year as president-elect before taking over from Christy Cooney and beginning a three-year term in April 2012.

During the campaign, O'Neill proposed making significant changes to the GAA’s disciplinary procedures.

To speed up disciplinary processes, he suggested that a three-man board with substantial powers should meet every Monday to deal with issues arising from matches quickly.

He has also highlighted pitch invasions and the traditional post-match All-Ireland final speech by the winning captain as areas in need of reform.

He backed supporting the growth of hurling in weaker counties such as Antrim, Down, Westmeath, Carlow and Laois at the outset of his campaign in December.

O'Neill is a former chairman of the Leinster Council and is the principal of Trumera National School.

He was chairman of the Disciplinary Task Force, which oversaw the introduction of experimental rules in the 2010 league campaigns in football and hurling, the majority of which were rejected at Congress last year. 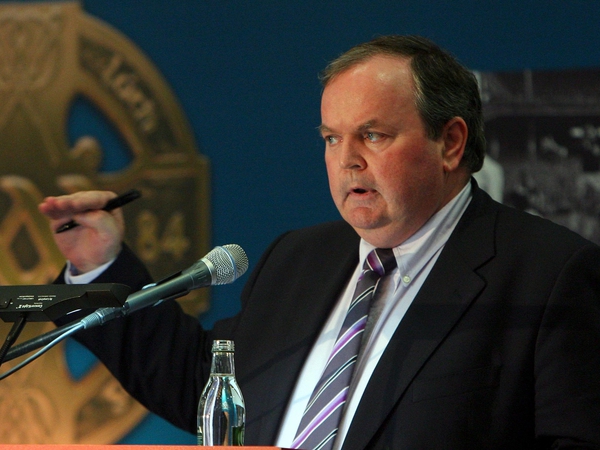