The GAA's Disputes Resolution Authority has released a decision on the 'Of One Belief' versus Central Council anti-grants issue, which saw all three parties meet for over six hours last Friday in Dublin.

The DRA decided that the grants scheme is not in breach of Rule 11 which governs the GAA's amateur status.

'That is not the question that is appropriate for any tribunal of the DRA to answer, and it is not before us in this arbitration.

'We are solely concerned with one question - whether the implementation of the scheme in this form of itself generates a breach of Rule 11. Our answer to that is that it does not.

'Contrary to what is said on behalf of the claimants, we may not assume that Central Council will use the schemes in a manner that achieves a contravention of Rule 11.

'If it were the case that the DRA was excluded from a supervisory role, so that a breach of Rule 11 could go unremedied, that submission might be very persuasive indeed, but that vista does not arise,' it continued.

Understandably, Mark Conway of the 'Of One Belief' organisation was disappointed with the ruling.

'We didn't put all of this effort in for nothing,' Conway said.

'My reading of the judgement is that they are telling us that we have an honourable defeat here.'

However, in its interim ruling the DRA also commended the 'Of One Belief' group for their consistent and concerted argument.

'Although unsuccessful in the result, it is clear from the two sets of arbitration proceedings that the claimants cannot be said to have failed in their endeavours.

'They have applied their resources in successive bona fide attempts to ensure that no inroads have been made on the amateur ethos, one of the most precious principles of the Association.

'In these and the earlier arbitration proceedings, they have tested every aspect of what was prepared by Central Council.

'While the bona fides of Central Council to ensure compliance with Rule 11 is not in doubt, the devil's advocate role of the claimants cannot but have assisted in the multilateral effort that produced the finely-crafted document we have examined in the context of this arbitration.'

However, Conway was astonished by the DRA's praise despite the ruling going in the Central Council's favour.

'There are various places in it where they seem to pat us on the back,' he said.

'That we took the case the right way and it was the proper thing to do and all of that, but at the same time we are beaten.

'We didn't go down this road to be beaten because we thought we had a case that stood up but obviously the DRA don't agree with us. That's bitterly disappointing but life is full of disappointments and that's the way it is.'

Despite this setback Conway and his colleagues are committed and will continue campaigning on the issue right until Friday night, with the focus now switching to the grants motions before this weekend's GAA Congress in Sligo.

'It doesn't help our cause this weekend and if the DRA had come down in our favour that would have given us huge momentum,' Conway added.

'At the same time, as far as we are concerned, the DRA's judgement doesn't change our stance.

'We thought we were right before we went to the DRA and that's why we went there. Just because they disagree with us, that doesn't change our view.'

Meanwhile, a decision on costs has yet to be determined. 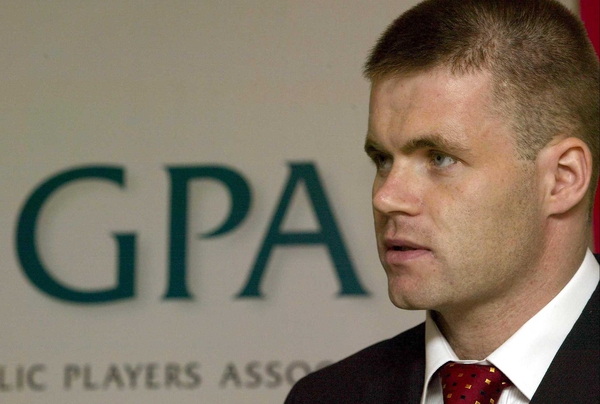