The Rebels had another great year as they successfully retained their Gala All-Ireland title with a victory over rivals Tipperary in Croke Park.

Included in the line-up of nominees for Cork are Gemma O'Connor and Jennifer O'Leary, both of whom are going for their third All-Star award in as many years.

Cork's other nominees are Captain Joanne O'Callaghan, backs Anna Geary and Mary O’Connor, who both are going for second All-Star awards, Rena Buckley and Amanda O'Regan.

In the midfield Cork are represented by Briege Corkery and Gemma O'Connor, while in the forwards O'Leary is joined in the nominations by Angela Walsh, Emer Dillon and Miriam Deasy.

All-Ireland finalists Tipperary are also well represented in this year's nominations.  They have seven players in the list for the 2006 awards. For the Premier County forward Claire Grogan is going for a record third All-Star award.

Captain Philly Fogarty is also nominated in the backs along with Suzanne Kelly and Michelle Shortt.

In the forwards Tipp have nominations for Joanna Ryan and Emily Hayden alongside Grogan, while there is also a nomination for goalkeeper Jovita Delaney who was an All-Star in 2005.

Clare and Junior runners-up Derry both got two nominations while there was one for each of Limerick, Antrim, Roscommon, Offaly, Kildare and Waterford.

The award winners will be announced at a gala dinner in the Citywest Hotel on the 11th of November. 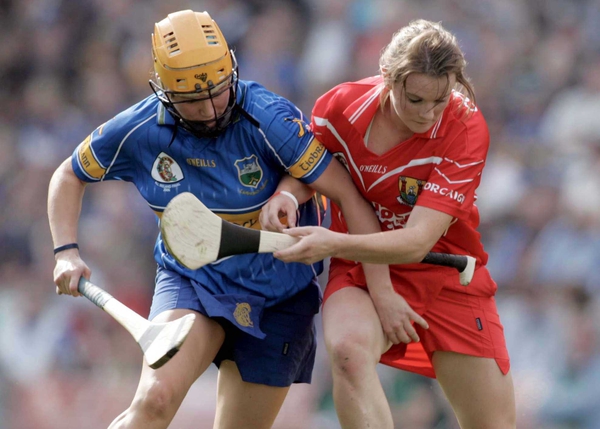