Donegal's Ryan McHugh has said that there is enough talent in Donegal to ensure that there can be life after Michael Murphy – even if their most famed player will prove irreplaceable.

The Glenswilly ace, who captained the side to the All-Ireland title in 2012, announced his retirement earlier this week with his place as a footballing legend in the county firmly secured.

Speaking on RTÉ Radio 1’s Saturday Sport, McHugh said that the new Paddy Carr era can still be bright one despite Murphy’s absence.

"It [the search for Declan Bonner’s replacement] went on a wee bit longer than probably expected and people would have thought," he said.

"They took their time and we got our man now with Paddy Carr and Aidan O’Rourke along with him. I met them and they’re two exceptional people.

"We won’t know 100% until we get into the nitty-gritty, I think we’re allowed to train from next week. We’ll get back into that.

"A fresh face and a fresh voice in the dressing room can be good sometimes. Obviously there is going to be a massive hole to fill now with Michael gone but we feel we’ve a good squad in Donegal and a lot, a lot of talented players."

The Kilcar man, who won three Ulster titles under Murphy’s captaincy, said that there was no doubt about how much of a loss he would be to that Donegal dressing room.

"You just couldn't get a more professional man in the way that he dealt with everything, whether that was an hour and a half or two hours on the training field or the other 22 hours a day when he was off it.

"You just couldn't get a more professional man in the way that he dealt with everything, whether that was an hour and a half or two hours on the training field or the other 22 hours a day when he was off it.

"He was always the hardest worked in training, he gave it all. He was the first man there and the last man to leave.

"He gave it all to Donegal and we’ll be forever grateful for the moments, and the stuff that he’s brought to the county is nothing short of phenomenal."

McHugh said that he was caught slightly by surprise when Murphy phoned him this week to tell him he was stepping away, and he said it would be strange running out onto the pitch without Murphy leading the way.

"Firstly, hugely disappointed. He's going to be a massive loss to the county and to the team.

"It's going to be different but over the last number of days we’ve gotten to grips to it.

"What a career he’s had, he’s achieved nearly everything there is to achieve in the game."

One of the more surprising statistics in the post-career analysis is that Murphy only collected three All-Star awards.

He was that rare player that was a master of all trades and his versatility perhaps cost him in personal accolades as he operated all over the pitch from midfield up.

"We always said up here in Donegal if we could have cloned him and made two of him it would have been great," McHugh said of that talent.

"I think one of Michael’s biggest strengths was how he improved his team-mates. As a footballer that’s all you can ask for. He made every single player around him a lot better.

"It's no coincidence that when Michael did become captain of Donegal that Donegal started to do well, when he was leading the whole thing.

"You had the managers, Jim McGuinness, Rory [Gallagher], Declan Bonner, they were the main men at the top. They were leading a charge and funnelling it through Michael and Michael was always relaying it back to us. He was the driving force behind it.

"Since Michael was captain since 2011 I think Donegal have not been in only two or three Ulster finals." 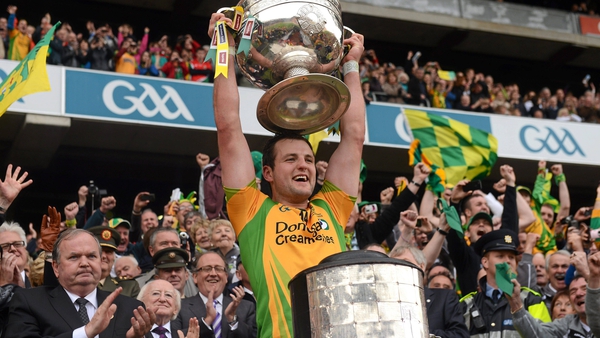