The Monaghan GAA board could be in a position to unveil a new senior football management team by next week.

The board has been searching for a replacement for Seamus McEnaney since he departed as manager for the second time earlier this summer.

McEnaney stepped aside after the county's 1-13 to 0-12 qualifier loss to Mayo in June.

A number of names have since been linked with the position. These included former Tyrone star Ciaran McBride, ex-Dublin coach and player Jason Sherlock, Ger Brennan - another former Dublin star - and outgoing minor manager Mark Counihan.

Despite discussions and close links with some of these candidates there has been no progress towards actually appointing a successor.

There were reports too that the board could also go back to speak to McEnaney after the search for a replacement proved futile.

The board has looked outside the county borders for a manager in years past, with Malachy O'Rourke delivering Ulster titles in 2013 and 2015.

If the board decides to stay local in their bid to appoint a new backroom team and develop emerging talent over the coming years they could look to former players and stalwarts, who have gained valuable coaching experience in recent seasons, to help drive the Farney County in 2023 and beyond.

In this regard, the names of highly-regarded figures like former player and selector Vinny Corey have been mentioned.

It has been mooted that his brother Martin, who has coached the Cavan footballers up to this year, could also be involved in a potential new set-up.

Former player and selector Owen Lennon and one of their most talented players ever, Paul Finlay, have also been suggested as part of a new ticket to help bring the county forward.

If the board decides to look outside the county there has been much support to consider another well-regarded coach and manager, Cavan native Micheal McDermott.

McDermott, the former Clare manager, has had success almost everywhere he has been. He's steered teams in Clare (Kilmurry-Ibrickane), Cavan (Ramor United), Limerick (Monaleen) and Meath (Wolfe Tones) to county senior titles, with the 'Tones breakthrough - they had one crown to their name from 2006 - a standout achievement.

Previously, he led Kilmurry-Ibrickane to an All-Ireland club final appearance as well as bringing the Clare footballers to a first Munster final in 15 years.

McDermott has also managed Garrycastle of Westmeath and Parnells of Dublin and is well respected as a coach and manager.

Meanwhile, Rory Kavanagh and Martin McHugh continue to be mentioned as contenders for the Donegal job.

And in Roscommon Pat Flanagan remains the sole contender in terms of nominations from clubs. 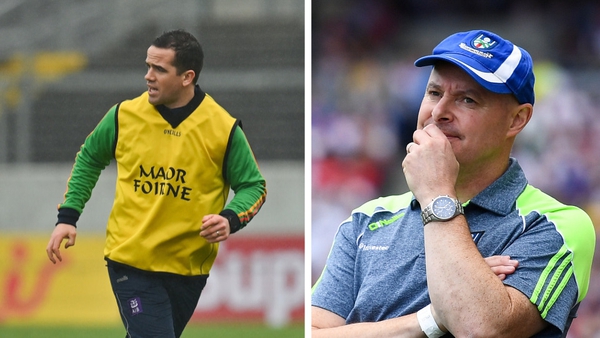 Blows for Donegal and Monaghan in manager hunts