Westmeath football legend Dessie Dolan will take over his native county for the 2023 season.

The Garrycastle man will assume his first management job after he was ratified as John Cooney's successor at a county board meeting on Wednesday.

Westmeath's only two-time All-Star John Keane will remain as coach. Both men were selectors under Cooney and also previously under Dessie's younger brother Gary with Garrycastle in the Westmeath SFC.

The rest of Dolan's backroom team will be announced in due course.

Cooney stepped down last month after four years in the job that yielded a Division 3 title and the inaugural Tailteann Cup.

Dolan and Keane were both All-Stars, in attack and defence respectively, when Westmeath won their only Leinster senior football crown to date in 2004.

Athlone native Dolan was also an All-Ireland Under-21 winner with the Lake County in 1999 and retired as the county's all-time top championship scorer in 2014.

The 43-year-old retained that record until John Heslin overtook him in this year's Tailteann Cup final triumph.

Dolan played club football with Garrycastle - winning eight county titles - until last year and has worked as a GAA analyst for RTÉ since his inter-county retirement. 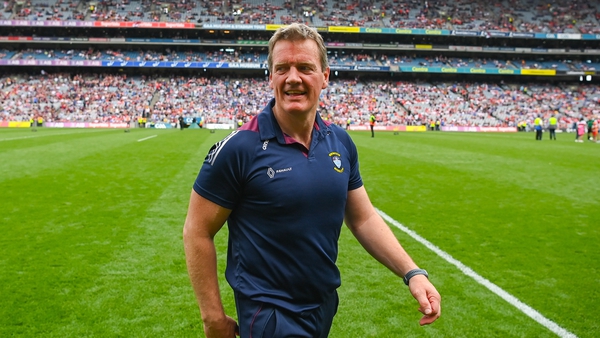