It's a great prospect, a weekend of fantastic football to look forward to.

Padraic Joyce has the Galway juggernaut on the move and I think they're going to get a significant boost from the win over Armagh but, more particularly, from the way they beat them.

They could have been down and out at the end of normal time. They came back in extra-time after conceding a goal and still ended up winning the game.

If you take away all the drama of the day, the penalties and whatnot, Galway played brilliant football. I was very, very impressed with them.

It's a very exciting sort of game, two teams who haven't been around for quite a while.

I think Galway may have the edge in this one. Derry are very new and we're seeing players like Conor Glass and Shane McGuigan and Gareth McKinless making big names for themselves. But I think Galway will probably get more out of Shane Walsh tomorrow.

I think people are revising their opinion on whether it's going to a Kerry-Dublin walkaway. Maybe we'll have a new champion this year? But on Saturday, it's Galway for me.

The Sunday match is the rumble in the jungle. There's hardly going to be a bigger sporting event anywhere in the world. With the colour and excitement, it's hard to beat Dublin and Kerry.

Kerry have all the minor medals but Dublin are dripping in gold. There's nearly more gold than you'd find in Fort Knox. Three or four All-Ireland medals don't even count in Dublin with this crew.

No build-up has been dominated more by who will play. If Con O'Callaghan plays, obviously it'll be a huge boost for Dublin.

I think all the pressure in this game is on Kerry. They have yet to beat Dublin since 2009, lost the last five meetings. Their spring form is okay, can they translate it to summer? They weren't particularly impressive I thought against Mayo.

Maybe Dublin weren't either in the quarter-finals but there's a common denominator there in Cork with both Dublin and Kerry beating them in similar fashion.

There's a lot of pressure on David Clifford to drag Kerry through to an All-Ireland final. But if Con O'Callaghan and James McCarthy play, I favour Dublin.

Follow the All-Ireland Football Championship semi-finals this weekend, Galway v Derry (5.30pm on Saturday) and Dublin v Kerry (3.30pm on Sunday), via our live blogs on rte.ie/sport or on the RTÉ News app. Watch live coverage on RTÉ2 and RTÉ Player with live radio commentary on RTÉ Radio 1

Watch the Tailteann Cup final between Cavan and Westmeath on Saturday at 3pm on RTÉ2 and RTÉ Player, with live blog on RTÉ News app and on rte.ie/sport and live radio commentary on RTÉ Radio 1 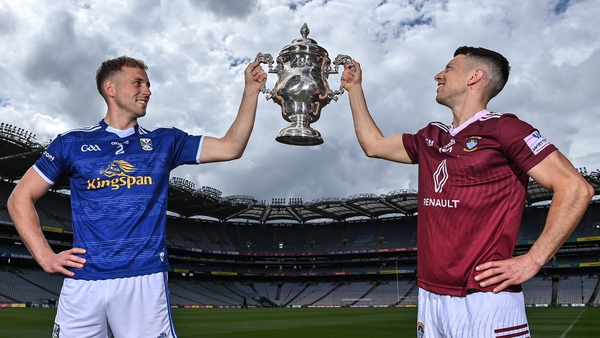