Galway football captain Sean Kelly is free to play in the All-Ireland semi-final against Derry.

RTÉ Sport has confirmed that Kelly's appeal against a one-match suspension, following last Sunday’s fracas during their All-Ireland quarter-final victory against Armagh, has been successful.

The suspension, handed down by the Central Competitions Control Committee, as it stood would have ruled him out of Saturday week’s All-Ireland semi-final against Derry.

Kelly was red-carded by referee David Coldrick for 'contributing to a melee’ but he contested the charge.

Video footage of his involvement in a fracas at the end of normal time showed him trying to restrain the outbreak.

Along with Armagh joint-captain Aidan Nugent, he was red-carded before extra time started.

But RTÉ Sport has tonight learned that Kelly’s appeal was successful, leaving him free to play against Derry next weekend. 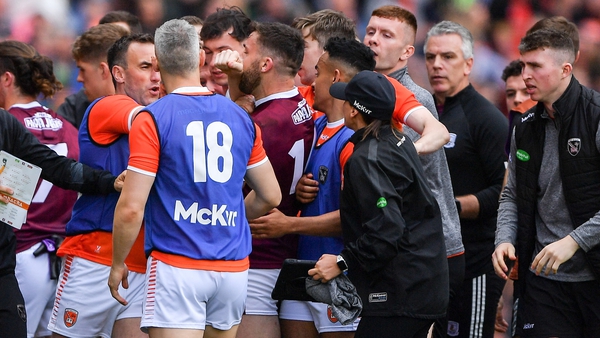