Seamus McEnaney has called time on his second spell as manager of the Monaghan senior footballers.

The news comes just a few weeks after the Farney exited this year's championship, following defeat to Mayo in round one of the qualifiers.

McEnaney, who initially managed his county from 2004 to 2010 in a period where he guided them to a place in Division 1 of the league and an Ulster final appearance, began his second stint at the helm ahead of the 2020 season, this after he led the county's minors to a provincial title in 2018.

He ensured that Monaghan retained their now long-held top-flight status in the league, and again oversaw an appearance in the Ulster decider, where they narrowly lost to eventual All-Ireland winners, Tyrone, in 2021.

In April of last year, McEnaney was suspended by Monaghan GAA for 12 weeks after training some of the Monaghan players, this in breach of the Covid-19 restrictions in place at the time.

A parting statement from McEnaney on the Monaghan GAA website read: "I would like to announce that I will be stepping down as Monaghan senior manager with immediate effect. At this time, I would like to thank Monaghan county board for their unwavering support for me and my management team and players over the course of the last three years.

"I want to thank each and every member of my management team and backroom team for their enormous contribution and commitment in pursuit of success for the Monaghan senior team under my stewardship.

"The Monaghan players are a very special bunch of men who have been fantastic ambassadors for the people of Monaghan in the past and during my term as manager. I have no doubt that they will continue to represent this great county with pride and distinction into the future.

"Managing Monaghan has been one of the great privileges and honours of my life, one that I have never taken for granted. I am very grateful to the Monaghan board and my club, Corduff Gaels, for giving me the opportunity to represent them in the role as Monaghan manager." 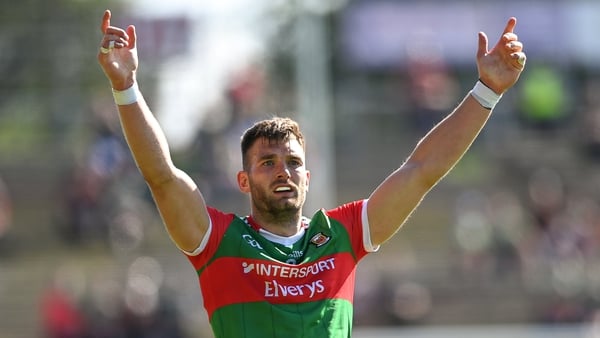