Westmeath manager Jack Cooney was delighted with his side's performance and the attitude they showed in their Tailteann Cup semi-final victory over Offaly.

With Offaly having competed in Division 2 of the Allianz League in the spring - a division ahead of the Lake County - many were expecting a close contest at Croke Park.

But Cooney's men burst out of the blocks and were 1-04 clear before Offaly managed a score. The gap was eight points at the break and Westmeath displayed a canny ability to find a score whenever their opponents threatened to build up a head of steam.

"We were particularly happy in the first half," Cooney told RTÉ's The Sunday Game.

"We played some really exciting football and created a lot of chances. We'd be happy with the 'go at it' spirit and trying to play it on the front foot.

"There's a lot of positives to take but there are things to work on. The great thing is that we're working towards the last game of the year.

"We're really going to enjoy the next three weeks."

Westmeath scored an impressive 3-19 from play, with just three of their scores arriving from placed balls. For Cooney, it was a reflection of how his squad has embraced the new tournament.

"There's nothing like winning, and particularly doing it at Croke Park," he said. "So we'll bring that onto the training ground now during the week.

"They're a great bunch of lads. It's not very complicated for us. All we have to do is open up the gate and let them in.

"That's all it is - they've taken ownership of it. They're really great to work with and they're invested in Westmeath and they want Westmeath to do well.

"They'll be very happy to get another three weeks and hopefully they'll continue the way they're going."

Player of the match John Heslin, who kicked 0-07 over the course of the afternoon, said that the Tailteann Cup has been a real positive for a county like Westmeath.

"It's brilliant, all we've been doing all year is playing the game in front of you, trying to get a win and improve on each performance," said the St Loman's man.

"That's what Jack and the lads trained us hard to do; get the work-rate up and get the skills right. We got off to a good start, Offaly kept chipping away, but it's testament to our guys that we kept our shoulder to the wheel and got over the line.

"The big thing is that we get the Westmeath fans behind us and get up here again in three weeks. We'll enjoy today - the win and this evening - and get back training hard and hopefully we can give the fans something to smile about in a few weeks.

"It's fantastic. We've had lads who've come on and played game this year that wouldn't have if the championship had finished [after their Leinster Championship defeat].

"A lot of lads made their debut in the Tailteann Cup. Great to have fans up here, be winning in Croke Park, it gives everybody something to smile about." 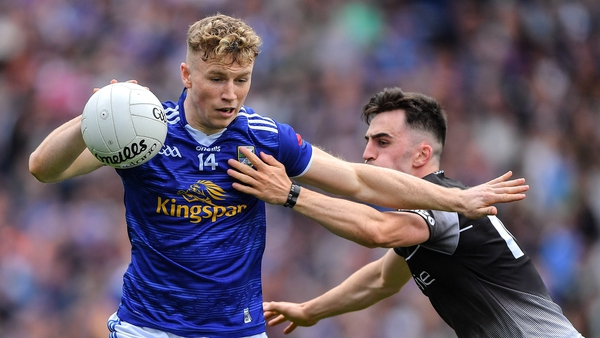