Down's Kevin McKernan has announced his retirement from inter-county football.

After captaining his school Abbey CBS, Newry, to the Hogan Cup in 2006, the Burren man was quickly drafted into Ross Carr's Mourne squad and he scored a point in the 2008 Dr McKenna Cup final win over Derry.

That was McKernan’s only team honour in county colours, but he played an inspirational role as the Ulster side came agonisingly close to an improbable sixth All-Ireland title in 2010.

After a stunning quarter-final win over Kerry and a dramatic semi-final victory over Kildare, James McCartan’s side were just edged out by Cork in the September showpiece, the player again grabbing a point in the 0-16 to 0-15 loss.

McKernan was nominated for an All Star for his performances over the season and was unfortunate to miss out.

Since then under managers Jim McCorry, the late Eamonn Burns, Paddy Tally and McCartan, in his second stint, McKernan was one of the team’s most versatile players operating everywhere from full-back to full-forward.

The player, who also represented the Irish International Rules team, confirmed his retirement on Twitter days after Down’s Tailteann Cup exit at the hands of Cavan.

"It was the most amazing time of my life to be able to wear the Down jersey and I hope that every man, woman and child realises that there are brighter days ahead for our proud county," said McKernan, son of 1991 All-Ireland winning corner-back Brendan.

"Do what you can for your club in the pursuit of Down playing on the biggest stage again. I know this will happen in the near future as the talent is in our county. Thank you for the memories." 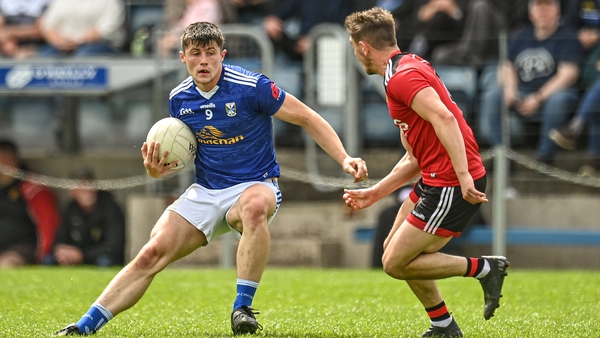 Cavan saunter to handy victory over Down