Antrim County Board chairman Ciaran McCavanagh says a redeveloped Casement Park will be "a game-changer" for the city of Belfast and beyond.

On Tuesday a legal challenge against a decision to grant planning approval for the redevelopment of Casement Park was dismissed.

That has cleared the way for work to proceed on making the ground into a 34,000-plus modern facility.

McCavanagh expects work on the redevelopment to begin next year and be completed in 2025.

"We've had two judicial reviews and we've had to go through planning twice, but any obstacle that was set in front of we just had to overcome it because the gaels of Antrim need a home," McCavanagh told RTÉ Sport.

Ulster GAA intends to move the Ulster senior football final from Clones to Belfast once the new stadium is built and is likely to come into the reckoning to host games as part of the joint Ireland-UK bid to host the 2028 soccer European Championships.

Various estimates put the cost of the project at between €130m and €165m, but McCavanagh believes the ground will invigorate the whole area, culturally and financially.

"We're very excited about seeing Casement getting built. It'll be a game-changer in Belfast. It'll bring great revenue into the city, with tourists, with people travelling to matches, people staying in the city, and we'll get to showcase our Gaelic games."

@TVconormac reports from Casement Park where a legal challenge against a decision to grant planning approval for the redevelopment of the venue has been dismissed #rtenews #rtegaa @UlsterGAA pic.twitter.com/FhFHfJKhKR 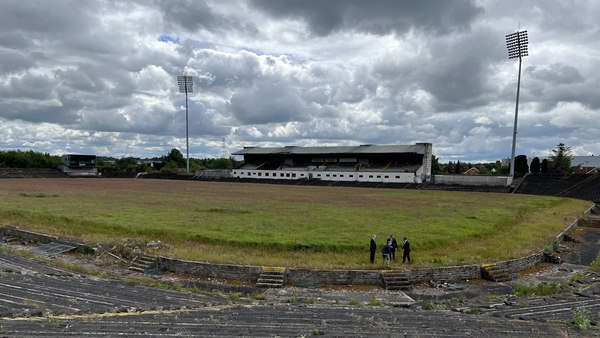