Rory Gallagher has been involved in inter-county management in some capacity or another since 2011 -with the exception of 2014 - and in that time has built up a strong body of work.

First he was assistant to Jim McGuinness in Donegal, a key member of the backroom team where ultimate glory was achieved in 2012 before a falling out with McGuinness saw him depart.

The Donegal hotseat became his for three years before taking over his native Fermanagh for the 2018 and 2019 seasons.

The next stop on the journey was Derry, putting down building blocks in 2020 and 2021 and reaching new heights in 2022. Promotion to the top flight was just out of reach, but the Oak Leafers are contesting a first provincial final since 2011.

Donegal ladies manager Maxi Curran, who worked alongside Gallagher in the Donegal backroom team and was present for the infamous meeting where McGuinness deemed the Fermanagh native surplus to requirements after a breakdown in their relationship, says there is no one more analytical in the game.

"I think it's just his football intellect is off the charts, you know.

"The man is just a complete obsessive about football, and there’s not a player in the country that he couldn’t tell you 10 things about.

Whatever happens to Derry today and the rest of the season, Curran argues his work in Fermanagh - knocking on the door for Division 1 football and reaching an Ulster decider in 2018 - is every bit as impressive.

"Even though there was no silverware at the end of it, you have got to look at it from the achievement overall and not just medals and trophies."

One line of thought in the lead-up to the Clones encounter is that Gallagher will have an inside track on Donegal having worked with so many of the players during his time as both assistant and manager.

Curran however feels that this perceived advantage is not as great as some would suggest.

"Look, he’ll know the Donegal players inside out, but Donegal would have played Mayo a couple of years ago and Stephen Rochford was in the backroom team, that happens a lot now with people swapping over and back.

"I don’t think it’s as big a deal as people make it out to be, I think it’s what you do with the information you have is the key and I think Rory has a proven track record of handling that well, so it’s going to be a really interesting one." 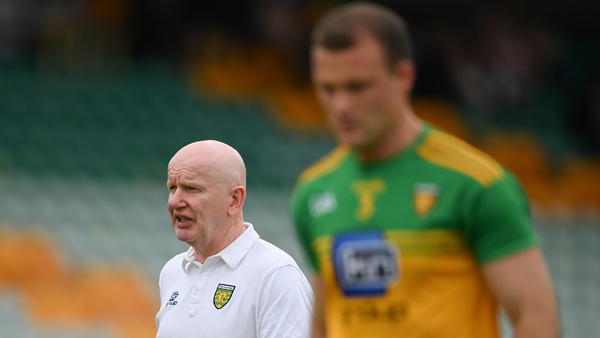