Another Tyrone All-Ireland football title once again delivered by a Canavan. The more things change...

It was the red-hot Ruairi Canavan who signed for 1-07 and led his county to this Under-20 title with six points to spare over a tidy Kildare side at Sean MacDermott Park, Leitrim.

The game got off to an explosive start with both sides goalling within 80 seconds of throw-in.

Inevitably, it was Canavan who found the net first, finishing a fine team move in style after just 19 seconds.

Incredibly, less than a minute later, the sides were level. Daniel Lynam palmed home at the back post after Eoin Bagnall played the ball across goal.

The counties exchanged points thereafter, with Kildare holding a 1-04 to 1-03 lead after 18 minutes, before Tyrone began to seize control of the game.

They would pick off five unanswered scores before a Bagnall free would slow the bleeding for the Lilywhites.

A beautiful effort from captain Niall Devlin gave the Red Hand a four-point lead at the interval, 1-09 to 1-04.

Indeed, if not quite a procession, the second period was largely controlled by the Ulster side. Kildare would never get any closer than that four-point gap.

In the end, Tyrone coasted home in the closing minutes on the back of that exceptional display from Canavan and a fine leader's performance from skipper Devlin. 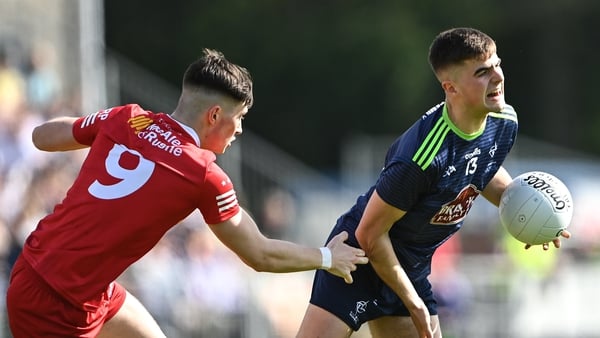