It may be somewhat reductive to look at the career to date of David Clifford through the prism of numbers, but it is a decent starting point.

The most gifted footballer of his generation could well end his Kerry days as the best the county has ever produced, with his wide-ranging skillset, temperament and ability to make the most seasoned defenders, at best, appear like they are treading water.

Joe Canning aside perhaps, no minor player has been as widely spoken about before moving into the senior ranks.

Scoring 10-50 from play in 12 games across two All-Ireland winning minor campaigns will do that, and the transition to adult grade has been nothing short of seamless.

Today's match against Cork marks his 18th championship outing and while he has notched 6-68 in total, what is significant is that 5-58 of that has come from play, an average of just over 0-04 per game.

His league average from play (4.8) in the same period, across 27 games of Division 1 football, is even higher.

All of which makes the Fossa man’s record against Cork all the more curious.

The player who in 2017 outscored the entire Cork team in a minor championship meeting, has never really exposed the Rebels to the same degree at senior level. Or needed to.

Given Cork’s downward trajectory and their struggles to maintain something resembling a rivalry with their neighbours, Clifford’s haul of 0-11 – he failed to score from play in last year's provincial final drubbing of the Rebels – seems an unlikely return. 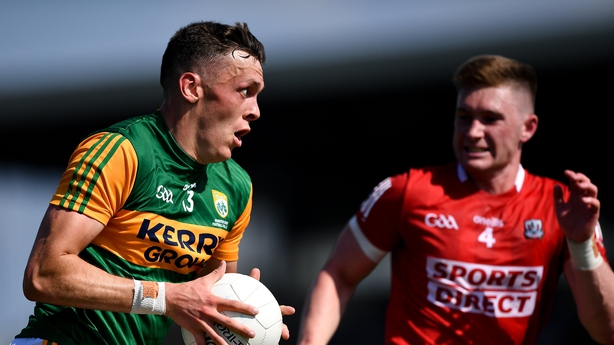 One obvious factor is the competitive nature, or lack there of, in recent seasons.

Kerry won the 2018 and 2022 fixtures by an aggregate score of 39 points. The 23-year-old picked off two points in his first taste of the traditional fixture, while last year he was held scoreless from play by Seán Meehan.

"David didn’t have a good day at the office going by his high standards and you have to give credit to that young man Meehan," Kerry legend Jack O’Keeffe said in relation to the man-marking job carried out by the young Cork defender.

Post-match, then-Cork boss Ronan McCarthy called for Meehan to be given an All-Star for blotting out the Kerry maestro.

It seemed little more than hyperbole at the time given the margin of the defeat, but Clifford’s virtuoso display next time out against Tyrone - forced off in extra-time through injury after almost single-handedly dragging a below-par Kingdom into the final - gave the statement more credibility.

Meehan would end the year with an All-Star nomination.

David Clifford curls over with a Maurice Fitzgerald-like wonder-point to put Kerry in front against Cork in extra-time - watch highlights on @TheSundayGame at 9.30pm #rtegaa pic.twitter.com/QXFxdGfvHZ

It is a testament to the forward he has been more to the fore against the men in red when they have managed to make a game of it, as witnessed in 2019 and the shock result in 2020.

On both occasions he registered a free and three points from play, including one collector's item at Páirc Ui Chaoimh, an effort that would be largely forgotten about with Mark Keane’s last-gasp goal on Leeside.

Kerry fans of a superstitious disposition may feel a little anxious after glancing at the starting team for today as Clifford will don the number 14 jersey at the Ballinlough venue.

The successor to Mikey Sheehy, Maurice Fitzgerald and Colm Cooper at top of the left has only once previously started a championship game without the iconic 13 on his back, the shock defeat on Leeside two years ago.

Speaking on the RTÉ GAA podcast this week, Cooper, the previous holder of the 13 jersey, spoke of his admiration for Clifford's all-encompassing skillset. Among a skilled crop of forwards in the Kingdom, the UL student is "the cherry on top".

"He’s got a very good temperament as well and I think that gets overlooked. Sometimes he tries things and they don’t always come off, but it doesn’t stop him. He goes again.

If Kerry are to power on to an All-Ireland title, he is going to be the key man

"Perhaps some teams are saying they’ll accept David Clifford getting five points against them because you can manage that. As long as he is not getting, 1-07, 1-08 or 1-09.

"If Kerry are to power on to an All-Ireland title, he is going to be the key man."

In many ways, Clifford is the opposite of a flat-track bully. In all three Super 8 games in 2018, against Mayo (2019), and in last year's semi-final defeat he soared past his average haul. In the 2019 semi-final and All-Ireland final replay defeat to Dublin, he matched it.

His Super 8s scoring stats from his debut season are worth revisiting.

Against Galway, Monaghan and Kildare, he registered 23 efforts on goal, and picked up 18 scores. All four goal attempts resulted in green flags, while his point accuracy was 71%. A quarter of his points came with his weaker foot. 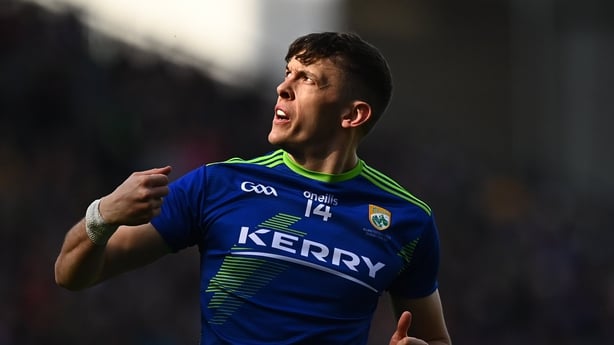 Last year, the general consensus among the pundits was that his enforced departure against Tyrone Tyrone was as significant a reason as any as to why Kerry failed to reach the decider.

How many forwards have failed to score in a provincial final, fail to reach the All-Ireland final and still comfortably take their place in the All-Star selection?

Totting up numbers is a straightforward exercise, with opposition managers and players still attempting to figure out the best way to curb his influence as a provider as well as keeping the umpires busy.

Clifford's league form has been ominous, and while it may be a little early in the season to be concerned with shooting the lights out at Páirc Uí Rinn, it stands to reason the Rebels are going to get the brunt of the Fossa’s man’s attacking weaponry sooner rather than later.

"I don't think that (scoring record v Cork) will last for too long more," predicts Cooper. "He’s going to strike it hot."