Level on half a dozen occasions in the Croke Park sunshine in the opening 35 minutes, Roscommon upped the gears to lead by five with 53 minutes on the clock.

Having spurned a number of goal scoring opportunities, they appeared to be coasting to victory, but the Tribesmen reeled off six points on the spin to lead by the minimum with five minutes remaining.

In the first minute of injury time, with the sides level, Murtagh surged through the Galway defence and fired past fellow substitute Connor Gleeson in goals for the key score, with the Rossies eventually winning out by the bare minimum for a fourth Division 2 title in seven years. 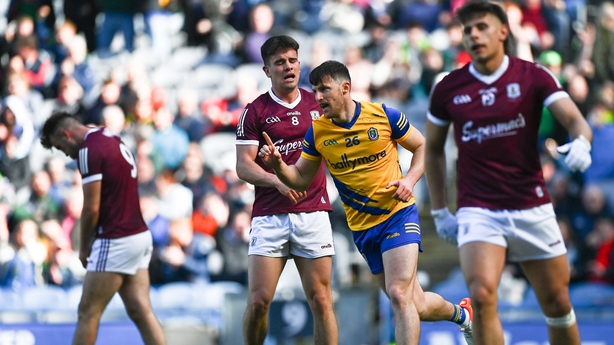 Speaking to RTÉ Sport afterwards, Cunningham felt it was a score worthy of deciding silverware.

"It had gone well for long periods of the second half, but Galway hit back," he said when asked for his reflections on the match.

"It was a tremendous strike by Diarmuid and that’s what really won the game for us. He’s a class player and a great man to have in our team. That score deserved to win the match."

Murtagh had already picked off a point after his introduction and looked set to add another, but decided to continue his run, steadying himself before finding the far corner of the net.

"It shows massive composure. That’s what you want from your top-class players in the heat of battle."

Cunningham added it was a pleasing campaign and a lot of confidence would be taken ahead of their championship opener against either Sligo or New York. 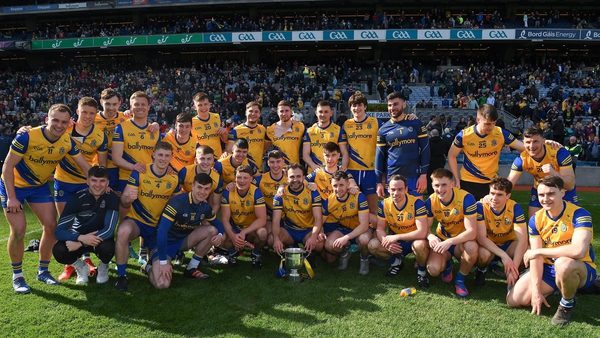