Tyrone are in a weaker position to defend their All-Ireland SFC title with half a dozen players opting out of the panel, according to 2021 All Star Cathal McShane.

It has been a mixed bag in the league for the Red Hand this year, and with two games remaining, they are level with Kildare on three points, one point ahead of bottom side Dublin.

With the championship on the horizon, joint Tyrone managers Brian Dooher and Feargal Logan have a much changed panel to work with after a number of players on the periphery of the team opting out of 2022.

Tiernan McCann, Mark Bradley, Ronan O'Neill, Hugh Pat McGeary, Michael Cassidy and most recently Lee Brennan have decided to depart the scene, with Darren McCurry questioning whether they had taken the "easy decision".

"Maybe they're think more about themselves than the Tyrone team and the people of Tyrone," he told the BBC.

Speaking at the launch of the once-off Allianz retro GAA jerseys which will be worn on St Patrick's weekend, McShane said there was no doubt the loss of the strength-in-depth will be keenly felt.

"Some of the lads who have stepped away would be very competitive Gaelic footballers," he said. "They have done a lot for Tyrone over the last few years.

"Everybody has personal issues they have to deal with in life. I have no doubt that if they had stayed in place this year, we’d be in a much healthier position, the competition within the team would have been serious.

"I’m not saying it’s not now – in Garvaghy on a Tuesday and Thursday night the lads are pushing each other on – but the experience that some of those guys had, it definitely would have added to what we are about this year."

Who is to say a few of those guys won't be back next year?

While none of the sextet were expected to feature in a championship starting XV, the towering forward admits it is a shame all decided they couldn’t offer more for the year.

"The guys that stepped away, they might not have been getting the starting jersey, but it could have been an option to try and show this year they could push on, get a starting jersey and put Tyrone in an even better place.

"But like I say, things happen in your private life that you need to deal with. Who is to say a few of those guys won’t be back next year?"

The sobering defeat to Dublin at the weekend provided food for thought and while McShane says the team was disappointed with aspects of their play, he says the "up and down" league campaign can be attributed, in part, to their later return to training following All-Ireland celebrations and a team holiday.

"You have to be realistic with the situation with two games left and where we are in the table. It’s a matter of us sticking together, working hard and trusting what we are about."

Discipline is an issue that has cropped up over the course of the league, starting with the dismissal of four Tyrone players against Armagh for their involvement in a melee towards the end of the match.

"That was a very strange day in Gaelic football," McShane says, but admits Paudie Hampsey’s red card against Dublin – the team captain was dismissed just three minutes into the second off for shouldering Cormac Costello as he stood on concrete off the Healy Park pitch – was of greater consequence.

Colm Cooper spoke of his concerns over Tyrone’s discipline at the weekend, but does the Owen Roe club man agree it is an issue that needs to be addressed?

"I wouldn’t say it is. Sometimes things happen in games we wouldn’t be happy with and if it happened again, you would do something different.

"It has affected the outcomes in a few of those games. Maybe not the Armagh game because it was towards the end, but against Dublin it did affect us.

"We know going forward we have to be cautious of that."

Given last year’s unlikely Sam Maguire success, the emotion that followed it and late return to collective training, a sluggish start to the league is hardly surprising.

Indeed Tyrone’s previous three All-Ireland winning teams each failed to follow up the following year with a level of performance to match that of 12 months previous.

Does it take time to build back up given the winter Tyrone’s victorious panel enjoyed?

"I think that’s a fair comment. Last year was a really difficult year that we went through. 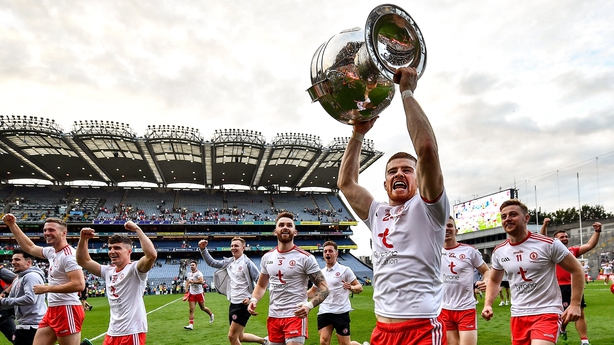 "It probably took a lot out of us and after that, the club scene ran into December. We had a little time off, then regrouped to get back into it.

"We know at the minute we’re not where we want to be and there has to be a big improvement." 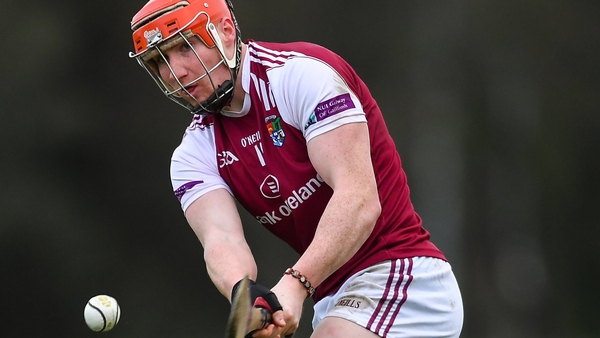 Whelan: GAA expenses as a student is a huge issue