Cork put in a "pathetic" display in defeat to Meath and are in grave danger of relegation to Division Three, according to Colm O'Rourke.

The Royals eased to an eight-point win at Pairc Tailteann to for their first league win of the campaign and ease their own safety concerns.

Cork, however, are rooted to the bottom of the table with just one point from five outings and face the two sides directly above them in the table, Offaly and Down, in their desperate bid to avoid the drop.

O’Rourke was scathing of their display in Navan and says Keith Ricken’s side can have no complaints if they are to compete in the inaugural Tailteann Cup, which will come to pass if they are relegated and fail to beat Kerry in a Munster SFC semi-final.

"They lacked even the basic skills of the game," O’Rourke said on Allianz League Sunday in assessing the defeat to Meath. "It’s no surprise that they are at the bottom of the division.

"Cork look in danger of a side going down to the third division and ending up in the Tailteann Cup because they are on the same side of the draw as Kerry.

"I cannot see them winning that one and if they are relegated, they will be playing in the second-grade competition.

"Nobody should have any pity for anyone playing in that competition because you are getting seven league matches and a couple of championship matches, so if you are not able to win from that position then you can have no complaints."

The two-time All-Ireland winner was much more positive for Meath’s chances of survival, who now sit on four points and conclude with games against Clare and undefeated Derry.

"I think one win from two games will be enough to stay in the division and that’s a sort of a minimum. I think Meath are improving and will get a win in one of the games.

"Derry could be promoted by time they meet them, but the next game against Clare away is a huge game." 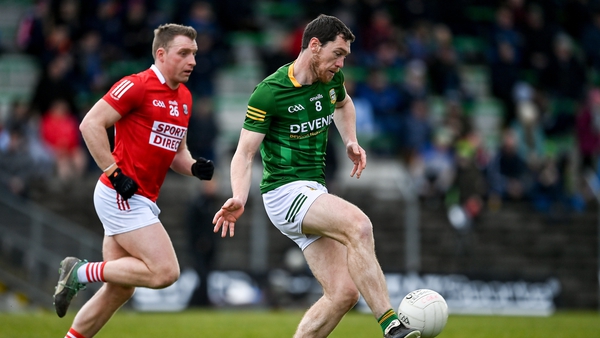 Meath see off Cork in race to avoid Division 2 drop