Laois dusted themselves down from O'Byrne Cup final defeat last week to clinically put away Louth.

Two quick-fire goals at the beginning of the second half from wing-back Sean O'Flynn and Gary Walsh provided Billy Sheehan’s side the platform to take the two points.

Wind had a huge factor on the game and with the hosts Louth facing the gale for the entire second half, the points were all but sealed on the back of Laois’ blistering start upon the resumption.

It might have been different. Louth will rue at least four gilt-edged goal chances in the opening half and took none of them. Laois goalkeeper Danny Bolger impressed with two crucial saves on his debut.

Louth started the livelier team with Sam Mulroy and Ciaran Downey landing points from play with their first touches of the new season having played no part in the pre-season competitions.

Walsh then found the net in the seventh minute, shortly after Evan Lowry got Laois off the mark. A huge turnover in the Louth half-back line saw both Lowry and Walsh combine to stun Louth with a punishing counter-attack.

The goal against the wind allowed Laois to ease themselves into the contest while Louth hurriedly relied on Mulroy to find the target from long range. That sense of panic might have been a reason for the miscued goal chances that went begging.

Mulroy, Downey, John Clutterbuck and debutant Jay Hughes all fluffed their lines as Mickey Harte’s side were playing all the football at that stage.

The sides were level four times in the run into half time but Mulroy nudged Louth in front with his sixth score of the game to make it 1-07 to 0-08 at half time.

Along with the goals, Lowry, Walsh and the terrific Mark Barry provided Laois with an unanswered 2-03 start that overwhelmed Louth to an eight-point deficit - 3-07 to 0-08.

Mulroy would score his final point to break the sequence and further goal chances were created and not taken before substitute Ciaran Byrne finally found the target with the game’s last score.

Alan Farrell came off the bench to point beforehand but Laois at that stage were already planning for a trip to Enniskillen next weekend against Fermanagh, while Louth will look to pick up points against fellow winless Leinster side Longford in Pearse Park. 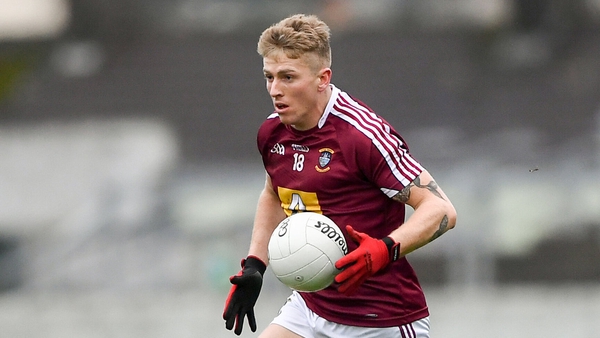 Westmeath recover from slow start to see off Wicklow at Mullingar