The pitting of Cork and Kerry against each other in a Munster SFC semi-final is an obvious talking point from the 2022 football draw, but the other half of the draw is "hugely significant", according to Kevin McStay.

Last year's Munster finalists were kept out of the quarter-final draw, but Keith Ricken’s first championship outing in charge of the Rebels will be against Kerry for a place in the 2022 decider.

With the shock 2020 defeat the backdrop to this year’s Munster decider, Kerry demolished their neighbours by 22 points to ease to victory in Killarney and continue their dominance in the fixture, once again bringing into question the competitive nature of the provincial championships.

"Meeting them [Kerry] at this stage will make them [Cork] put up or shut up. You’d expect if there’s anything in Cork, that they’ll make some sort of a bounce," McStay offered during Saturday's championship draw on RTÉ Radio 1.

It is however the other side of the house that the former Roscommon manager believes is "hugely significant".

The winners of Tipperary and Waterford will face Clare or Limerick for a place in the provincial decider, and with the inaugural Tailteann Cup coming into play, it could prove extra motivation for those four sides.

The Tailteann Cup final will be played as a curtain-raiser to the first All-Ireland football semi-final in Croke Park on Saturday, 9 July, the inaugural competition for Division Three and Four teams that don't reach their provincial finals.

Those that do reach a provincial final - a more realistic proposition in Munster with Cork and Kerry on the same side of the draw remain in the All-Ireland hunt through the qualifiers.

"They are all teams that could be in Division 3 [Clare are in Division 2, Limerick Division 3, with Tipp and Waterford in the bottom tier] by the time the league finishes," McStay said.

"Therefore, a provincial final will save them in the qualifiers.

"That’s hugely significant for them. They can see a season now really opening up ahead of themselves. Tipperary, Limerick and Clare will have real notions of getting to a Munster final and fair play to them. 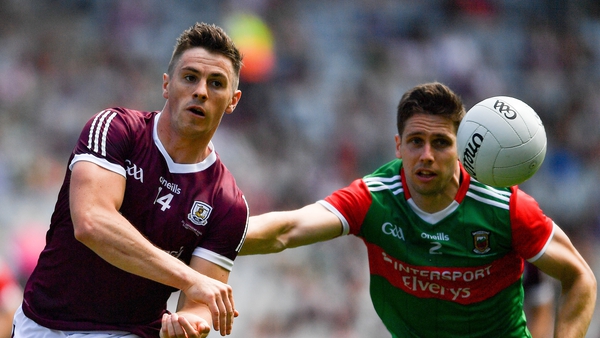