Kerry manager Peter Keane was pleased with a 22-point Munster final victory over Cork, but says the focus will immediately turn to an All-Ireland semi-final.

The Kingdom, wary of last year's ambush by the Rebels in Páirc Uí Chaoimh, stepped on the gas to blow their opponents away in style.

The green and gold outscored Cork 1-08 to 0-02 in the second quarter and hit a real purple patch in the third, scoring 3-03 with Cork failing to register a single score.

The closing stages played out without a championship feel to it given the gulf on the scoreboard.

Speaking to RTÉ Sport after the match, Peter Keane said while the start was far from ideal, he wasn’t overly worried in an overall context. 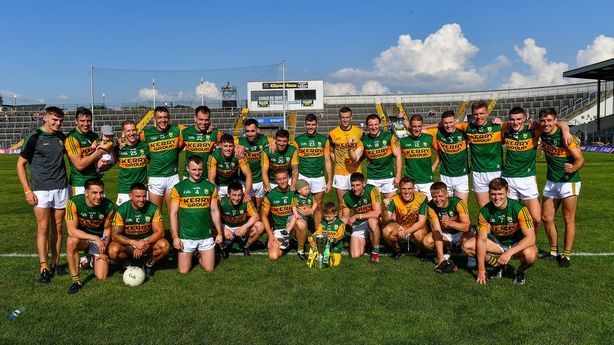 "Our tackling was poor and we were off the pace, but we were confident our fitness would win out and we'd wear that game down," Keane said.

"We had a good day today. The scoreboard turned nicely for us. It didn’t last year, and you take it when it comes."

What was the foundation of the comprehensive victory?

"We pushed our fitness a lot this year. There’s a huge sense of unity. We have a great group of people and everyone is working really hard." 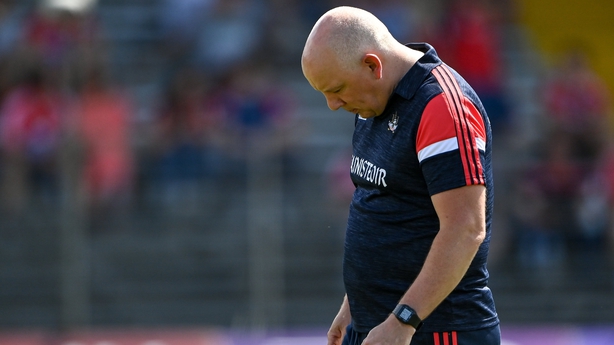 His Cork counterpart Ronan McCarthy said his players must go away and dust themselves down.

Despite the encouraging start, the Douglas clubman felt there were worrying signs even when the Rebels were on top.

"Even when we were scoring, they were getting the ball out very easily, I’d be very disappointed about that.

"I felt we should have had four or five points more on the board. Instead of putting on scores in our end, we ended up conceding. You turn the ball over here and you pay for it.

"Obviously the second half was a big struggle for us." 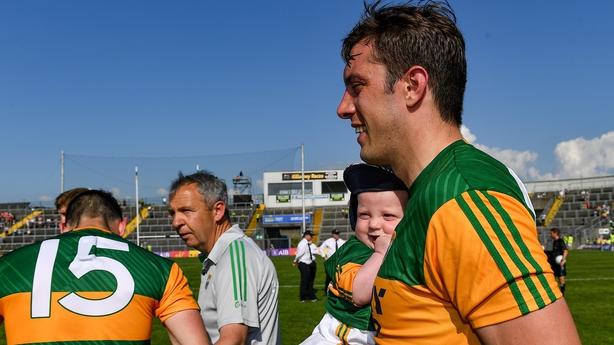 While Cork bow out, the Kingdom move on to an All-Ireland semi-final with either Tyrone or Monaghan in three weeks’ time.

Keane wouldn’t be drawn on who he’d prefer to face in Croke Park, merely remarking that "there’s very little between them", and he insists that there won’t be much time to bask in the glory of a crushing win over their neighbours.

"You are always thinking of tomorrow. You don’t have time to sit down and think about today. For us, it is about preparing for an All-Ireland semi-final in three weeks’ time." 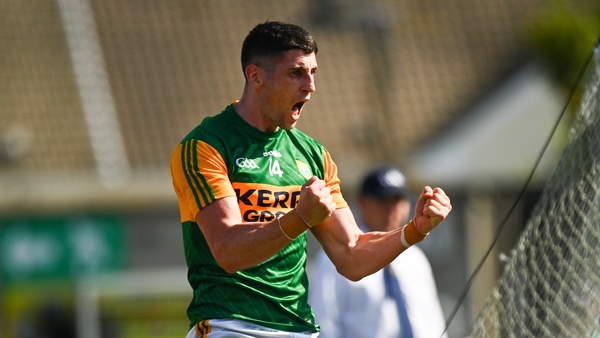