Stephen Cluxton's Dublin future continues to be shrouded in doubt after the eight-time All-Ireland medallist was absent for the defending champions’ victory over gallant Wexford in Sunday’s Leinster quarter-final at Chadwicks Wexford Park.

This is Dublin’s first championship without retirees Michael Darragh MacAuley, Paddy Andrews and Cian O’Sullivan, and whether or not Cluxton is added to that list of the departed is still open to question.

Division 4 Wexford coped admirably in their first championship engagement with Dublin since a 16-point loss in 2014, and the margin on this occasion represents the Dubs’ smallest win in the provincial competition since the 2013 final against Meath.

Wexford demonstrated remarkable composure against both their more illustrious rivals and the wind as Dublin were twice off-cue from frees while the challengers led on two occasions inside the first nine minutes.

Mark Rossiter produced a quick-fire double in response to a Dublin opener from Brian Fenton as Wexford showed clear ambition (0-2 to 0-1), and the locals reinforced their sense of purpose when John Tubritt negated a Cormac Costello free.

Sixteen scoreless minutes followed before the title-holders asserted after the first water-break to transform matters by 0-5 to 0-3 after 28 minutes courtesy of Ciarán Kilkenny and Costello (two frees).

Six wides – Wexford kicking just one – had stolen some thunder from the Sky Blues' effort as Dublin warmed to the task, but centre-back Brian Howard extended the gap to 0-6 to 0-3 at the interval.

Some heated words from the Wexford management towards referee Derek O’Mahoney as the sides departed the field resulted in selector Anthony Masterson being banished to stand on the restart.

Dublin were camped in Wexford territory for long stretches of the second-half, and long-serving Wexford defender Michael Furlong effected a last-ditch tackle to deny a goal at the expense of a fruitless '45 just as Con O’Callaghan prepared to pull the trigger.

Regardless, Dublin were starting to ease clear as a second from Howard and two Costello frees generated a triple score advantage by the 45th-minute (0-9 to 0-3).

And the Dubs couldn’t believe their luck when Niall Scully blasted wide of goal after a tidy set up by David Byrne.

Wexford ended a 40 minute scoreless run when Páraic Hughes worked a superb point from the right wing in the 49th-minute.

But Fenton and Costello – the latter’s first from play – kept Dublin on a safe passage at the last hydration break on 54 minutes (0-11 to 0-4).

While gutsy Wexford pegged back points through Mark Rossiter (free) and two late submissions by sub Donal Shanley (one free), the Dubs were running the show.

Subs Tom Lahiff and Colm Basquel together with Costello padded out the defending champions’ position before another substitute, Dean Rock, in his seasonal bow, collected from Kilkenny to post an eight point victory in added-time. 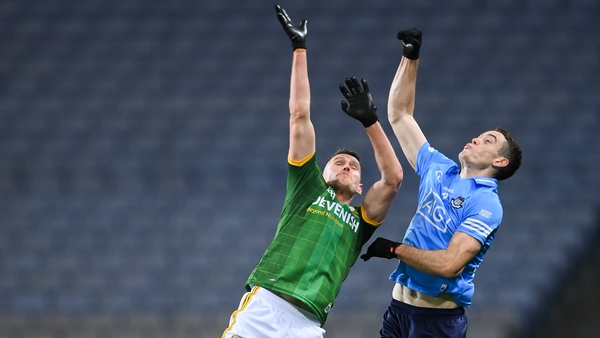