Goal-hungry Meath bounced back from their Allianz League disappointment to secure a Leinster SFC semi-final spot with the minimum of fuss in Navan.

Longford kept pace with Meath, a Division 1 team as recently as 2020, for almost 30 minutes but were burned off by scoring bursts of 1-05 and 1-04 from the hosts either side of half-time.

The big win is a timely one for Meath manager Andy McEntee, following his team's defeat to Kildare in the Division 2 promotion play-off last month.

McEntee, interestingly, chose to watch the entire game from the press box and will have been pleased by the strong performance with a dozen different scorers.

His son Shane and nephew James scored 1-04 between them, with James coming on as a sub and kicking four long-range points.

The availability of both Bryan Menton and Donal Keogan, the team's 2020 joint captains, was a major boost having picked up ankle and shoulder injuries respectively in the loss to Kildare.

Neither were initially named to start but along with Joey Wallace were late additions to the line up, with Menton a key performer at midfield alongside Ethan Devine.

Meath looked the more potent in the first quarter but six wides undermined their efforts and they held a slim 1-03 to 0-04 lead at the water break.

Captain McEntee's goal came just over 90 seconds into the contest when he got on the end of a move down the left and blasted to the roof of the net.

But with Darren Gallagher fielding well at midfield for Longford, they carved out a series of opportunities which Rian Brady, Gallagher himself and Dessie Reynolds capitalised on.

Kevin Diffley was hauled down by Ronan Ryan, leaving referee Ciaran Branagan to consider if a penalty and black card may accrue though a mere free was awarded which Robbie Smyth pointed.

The teams split four points evenly between each other after the water break, with David McGivney converting a 28th-minute free won by Gallagher.

Longford, just two points behind, didn't score again until the third minute of the second half as Meath took over completely.

A burst of 1-05 without reply from there until half-time virtually put the result beyond doubt as the Royals put together a series of penetrating passing moves.

Morris scored 1-01 in this period, dusting himself down after a huge hit from Andrew Farrell to register the game's second goal in stoppage time, palming in at the back post from Bryan McMahon's ball across after a Longford kick-out was turned over further out the field.

Leading 2-10 to 0-06 at half-time, Meath reeled off another 1-04 without reply between the 42nd and 54th minutes to take control of proceedings.

Underage star Hickey got Meath's third goal after a clever one-two with McMahon and sub Conlon fired the fourth in the 70th minute after good work in the build-up from Michael Newman and Eamon Wallace.

Longford's season is now over while Meath will go into the draw for the last four in Leinster. 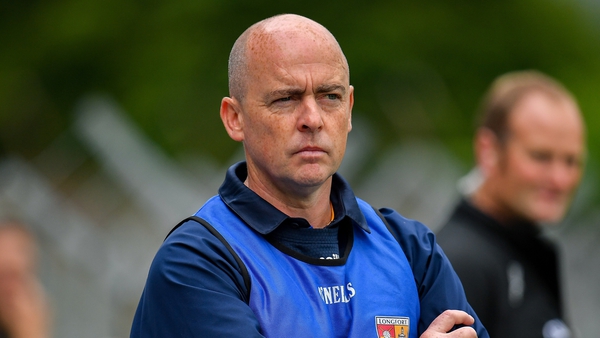